The spread that disappeared: A mystery 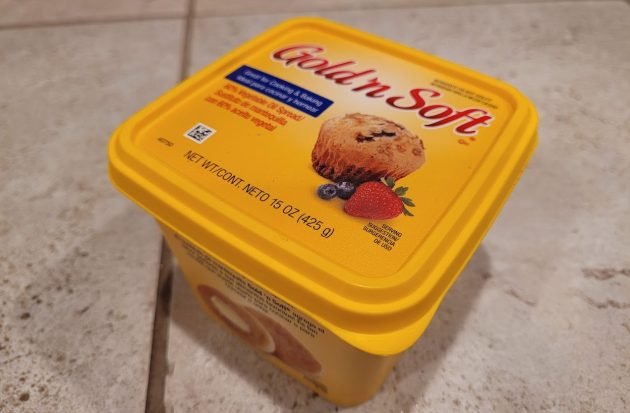 Something happened to make this brand of margarine, Gold ‘n Soft, disappear from grocery shelves not just in Albany but every place else where it used to be sold.

Something must have happened, but I don’t know what it is.

A 10-minute Google search for news about this product and the company that made it produced not a single clue of exactly why it hasn’t been available since some time this summer.

On various social media platforms, there’s an occasional suggestion that the brand had been discontinued. But why?

In 2006, the publication Oregon Business ran a story saying the margarine had a 40-year history in the Northwest and was still being produced in Portland.

The label was owned by Ventura Foods of Brea, Calif., in Orange County. Nothing on the company’s corporate website mentions the brand or explains why you can’t buy it.

Under the headline “A Northwest Original Spreads Across the Country,” the site says that Gold ‘n Soft “products were first introduced back in 1966 in Portland, Oregon, and quickly became the #1-selling brand in the Northwest US. During the 1970s, the brand was introduced to Southern California. Its popularity and distribution have only grown since then.”

The site also has a locator of where you can buy the stuff. No matter what city across the country you put in, from Albany Oregon to Albany New York, and from Seattle to Los Angeles, the site says: “Sorry, no results were found within a 10-mile radius of this location.”

Why would the “No. 1 selling brand in the Northwest” no longer be sold anywhere across the U.S? I have emailed the company, and if I get an answer, I’ll add it below. (hh)


38 responses to “The spread that disappeared: A mystery”