The rising price of disposal 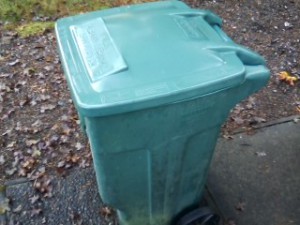 Getting rid of refuse is getting more costly everywhere. In Albany, the price of trash collection jumped more than 10 percent from July 2011 to July 2012. Come January, it will go up again, by 3.6 percent. That makes for roughly a 14 percent jump over a year and a half. Trash and recycling services in the city are provided by Allied Waste/Republic Services, a subsidiary of a nationwide company.

The city council approved the plan to raise rates last year, and it followed up with the latest installment last week. (Households with a 32-gallon trash can will pay $17.40 a month, 60 cents more than now. Getting rid of a couch will cost $29.70, up one dollar. Disposal of a car tire will go up 40 cents to $11.80.)

The council approved because the disposal service does an excellent job and the local rates are about the same as those charged in selected other Oregon towns. The city manager says Albany would not likely find another company to take the disposal franchise for any less. All of this makes sense, but it’s just one small example of how consumers are nickled and dimed on all sides. Only one council member, Bessie Johnson, objected, but the increases are almost automatic under a formula the council approved last year. From the ratepayers’ side, she has a point. Disposal service isn’t something that most people can do without. But if it gets too expensive, especially in hard times, we may find ourselves with more trash dumped in the woods and along our roads. (hh)