The plastic bag ban after 2 years 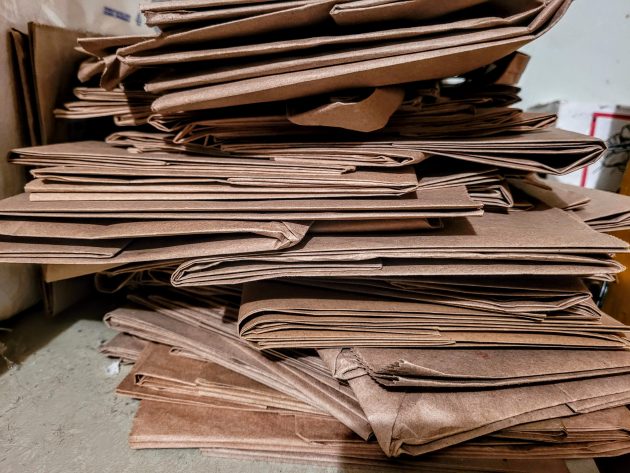 Here’s what happens when you don’t want to discard those 5-cent paper bags.

Right about now, at the start to yet another year, you’re probably not thinking about Oregon’s two-year-old bag law. But I was, because of the paper bags stacking up.

The legislature passed this law in 2019, and it took effect in 2020. It banned so-called single-use plastic bags and required merchants to charge at least 5 cents per paper bag.

Then the coronavirus hit, and stores were allowed to resume or continue handing out free plastic bags. But somewhere around the middle of last year, plastic bags disappeared again.

There is an enforcement angle to this. The state encouraged counties and cities to make sure the plastic bag ban and 5-cent requirement for paper bags were obeyed. Violators faced potential $250 fines if someone turned them in.

I’m not aware of any bag enforcement action locally. Either stores were scrupulous in their compliance, or no customers ratted anyone out. Or the local cops had better things to do than investigate anything like that.

At the Albany stores where I shop, paper bags are available. Most, but not all,  charge you a nickel if you want one.

“Would you like to buy a bag?” they ask at one store. You have emptied your basket of a dozen small items, which are now spread across the checker’s counter. No, I would not LIKE to buy a bag, but how else am I going to get all that stuff to the far side of the parking lot?

Take-out meals usually come in single-use plastic bags. I don’t remember ever paying a nickel for one of those.

We’re supposed to act like good citizens and carry our purchases away in reusable shopping bags. But I keep forgetting them in the car.

The upshot of all this is that paper bags are piling up at home. The printing on them says they’re recyclable. But who wants to give away a pile of bags that cost an extra nickel each?

If you used to save plastic bags because they were useful around the house, you may be saving paper sacks now for the same theoretical reason. But they’re not all that useful in practice. Moisture dissolves them. They’re hard to seal.

So the pile gets taller week by week.  (hh) 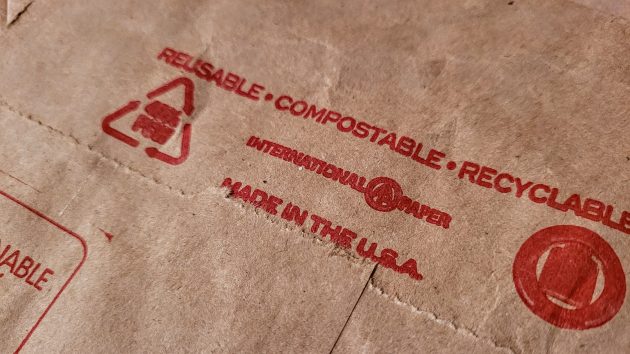 At least these were made in America.


22 responses to “The plastic bag ban after 2 years”