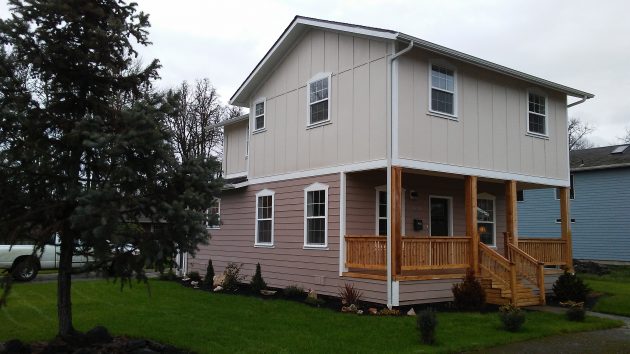 The charming outside of the “Old Book House” the way it looked on Friday afternoon.

It’s taken most of the year, but the transformation of a formerly crumbling old house in Albany’s Willamette Neighborhood is now complete. I’ve followed the story from the start, and if you’re interested in private initiative curing spots of urban blight, you should be more than pleased with the result.

Here’s what the place at 1405 Front Ave. N.E. looked like in early February when I went by on a bike ride and noticed that somebody was starting to do something with it. 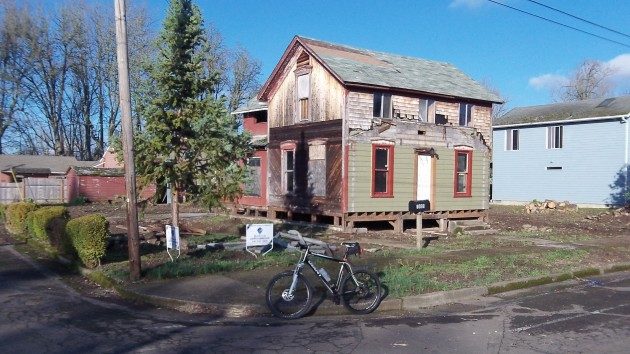 The somebody was Sean Sullivan of Superior Carpentry and Homebuilding. The house was more than a century old. It was in poor shape inside and out, and after Sullivan bought it in 2015, he resolved to rescue it rather than bulldoze the place and start fresh.

When the inside was being gutted before reconstruction, one of the walls yielded the 1907 edition of a book, “American Railway Transportation,” which had been checked out of the Albany Public Library in the 1930s and never returned. Sullivan figures it dropped from an upstairs shelf built into the wall and was irretrievably lost — until it turned up again, in perfect shape with one D.W. Lovett’s library card still inside.

Old Book House is what I’ve been calling the place because of that story. Its real name is something more refined. For decades the house had been the home of Lola A. Skelton, who died in 2015. Sullivan told me early on that when the house was done, he would name it “Lola Rose” in honor of the former long-time owner’s standing in the neighborhood and her love of roses.

In any case, now the house is finished. On Saturday the property is going to be listed for sale at $259,000. The house has 1,935 square feet, three bedrooms, big bathrooms, a beautiful kitchen, and a double garage. Below, take a look at the inside. And since the library no longer wants it and gave it to me, whoever buys the house also gets the old book. (hh) 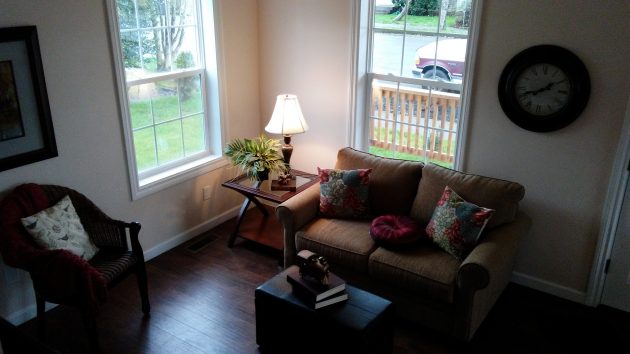 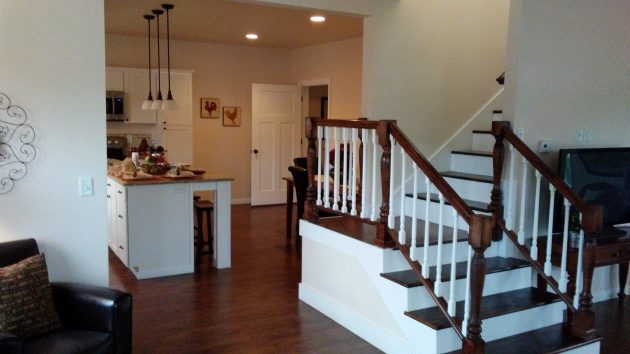 Part of the railing is removable to make it easier to take furniture upstairs. 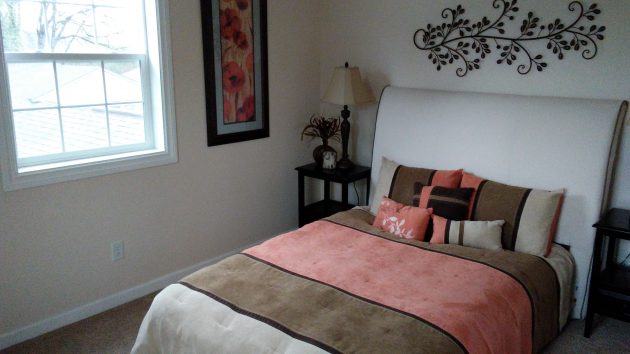 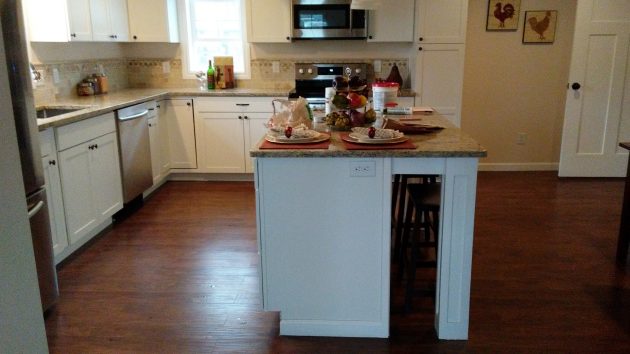 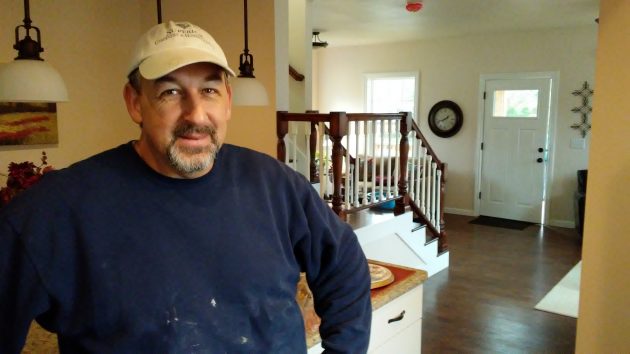 The builder, Sean Sullivan, was finishing up some details on Friday.