The muddle over middle housing 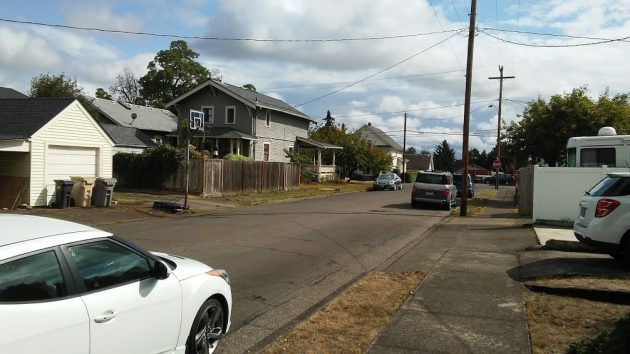 A street in West Albany: Will HB 2001 transform such neighborhoods over the next few decades?

When it passed House Bill 2001, the 2019 legislature outlawed the kind of zoning that allows only single-family houses in Oregon cities above 10,000 population. But as the Albany City Council was reminded Monday, it did not restrict the construction of single-family houses.

It’s an important distinction. Among other things it means that developers will continue to build single-family houses as long as people want to buy them, and as long as building them pays more than other kinds of housing.

The council talked Monday with Patrick Wingard, a Eugene-based regional representative of the state Department of Land Conservation and Development.

Among the points that emerged was that exactly how the new law works in some cases will have to be spelled out in rules the deparment hopes to publish by the end of 2020. Until then, some of the effects on Albany and other cities will remain vague, and the city staff will not know how to proceed.

Albany will have to amend its development code by June 2022. One thing is clear: The city will have to allow duplexes on all lots zoned for single-family use, including established neighborhoods. The law also says other versions of “middle housing” have to be allowed in single-family zones, but it’s unclear to what extent cities can regulate these. They include triplexes, quadruplexes, and cluster housing.

Mayor Sharon Konopa, who strongly opposes the law, says it’s unfair that it exempts cities under 10,000, meaning that Millersburg, Tangent and Adair can keep their exclusive single-family districts.

She is also concerned about the effect on Albany’s historic districts. Vacant lots in the districts could sprout duplexes and other middle housing, but could those be held to standards requiring compatibility with historic surroundings?

Under the law, regulations on the siting and design of middle housing that is required to be permitted must not, “individually or cumulatively, discourage the development of middle housing types … through unreasonable cost or delay.”

Excactly what that means nobody knows until a few contested cases are decided by the courts. Or until the next legisature, or the one after that, changes the law again. (hh)


22 responses to “The muddle over middle housing”