The good news on fuel 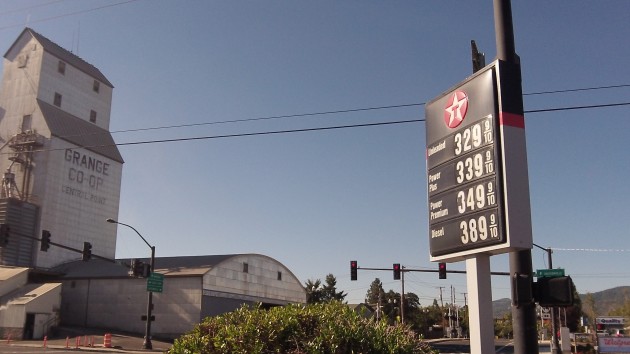 At about $3.30 a gallon for regular, as at this station in Central Point on Monday, gas in Oregon is quite a bit less expensive than it was during much of the summer. That’s good news, right? Not according to a story in the paper the other day, which said that the sinking price of oil on the world market would likely slow down oil production by “fracking.”

It is this method of fracturing oil-bearing rock deep underground that has opened up vast oil fields in North America. But it’s expensive, so if the oil can’t be sold at a certain price, fracking is not worth the cost. But this is not bad news. It’s the way the market is supposed to work.

The high price of crude in recent years encouraged oil extraction by new methods and opened up new fields. A growing supply puts a damper on high prices. Pricing is the way that supply and demand stay in rough balance. As long as the process is allowed to work, everything is fine.

The decline in the price of gas this fall is the result not just of a bigger supply of petroleum but also of seasonal forces. Whatever the cause, all of us who rely on the availability of motor fuel at an affordable price have reason to welcome the lower numbers shown on gas station signs.

It is also gratifying to see prices drop despite efforts by the Obama administration and environmentalists everywhere to make life harder for the oil business. Obama refuses to allow the Keystone pipeline expansion that would allow more Canadian oil to flow south to the Gulf state refineries. Demonstrators and some state and local agencies object to oil being carried by rail. They also fight the construction of shipping terminals in the Northwest.

We should acknowledge that despite these difficulties, the laws of economics, including the profit motive in the industry, are allowing us to buy fuel at a somewhat less exorbitant price. (hh)


5 responses to “The good news on fuel”