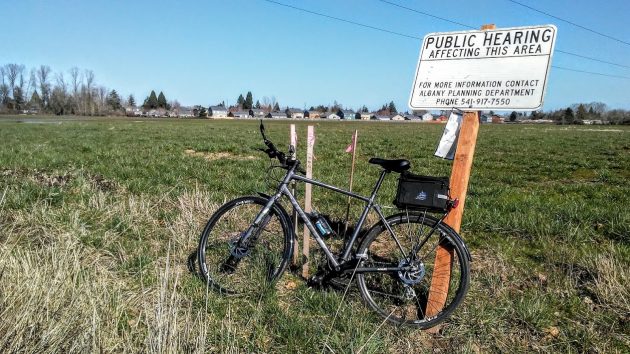 This land on Lochner Road, shown in February, will be divided as 113 lots for single-family detached houses.

The march for more housing continues in Albany as the planning commission has just approved a proposal for 113 lots on former farmland at the south end of town. It also recommended a zone change to allow apartments on a residential lot on Waverly Drive.

The action took place when the commission met Monday, holding hearings in each case. Both involved applicants from Central Oregon.

Back in March, the city council annexed 35 acres of vacant land on the east side of Lochner Road S.E. Since then, Hayden Homes of Redmond submitted plans for a two-phase subdivision of 56 and 57 lots respectively, where the company plans to build 113 single-family, detached houses in clusters designed to protect wetlands and other natural features.

They will call the development “Meadowlark Estates.” (Chances are meadowlarks will be as rare among the 113 houses there as pheasant are among the 140-plus lots of Pheasant Run, which Hayden built in North Albany.)

A representative of Sno-Temp, the cold-storage company on the west side of Lochner, raised concerns about trucks mixing with more residential traffic on the road. He also wondered about the — normally rare — occasions when the north end is blocked by an Albany & Eastern freight train and the south end is closed because of flooding along Oak Creek. He suggested that Meadowlark Estates have an access route from the east, but the suggestion went nowhere.

The planning commission was unanimous in approving a preliminary plat for Meadowlark Estates, along with more than two dozen conditions dealing with trails, sidewalks and other, more routine details. 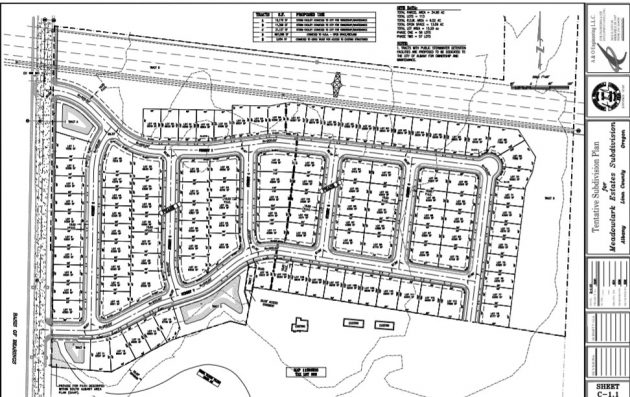 This layout of Meadowlark Estates was part of the planning commission agenda.

In the other case, the commission voted 6-0, over the objection of neighbors, to recommend that the council  amend the comprehensive plan and change the zoning to allow apartments on the 1.38-acre lot at 241 Waverly Drive S.E.

One neighbor worried about additional traffic and parking problems on this block of Waverly, between Pacific Boulevard and Salem Avenue. Another said she didn’t want to lose the tall trees on the densely wooded lot, where she said she had seen all kind of birds including ospreys and bald eagles.

The site now has one house and four addresses. The owner, who lives in Bend, had requested the same zone change before, but the city council turned him down in 2015. The new request comes up before the council on Oct. 27. (hh) 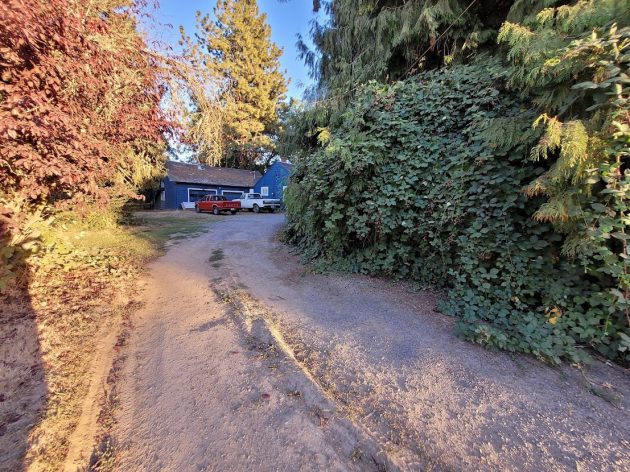 The property at 241 Waverly Drive, where a zone change is being requested.


14 responses to “The drive for more housing: Two decisions”