The day Albany Carousel will open 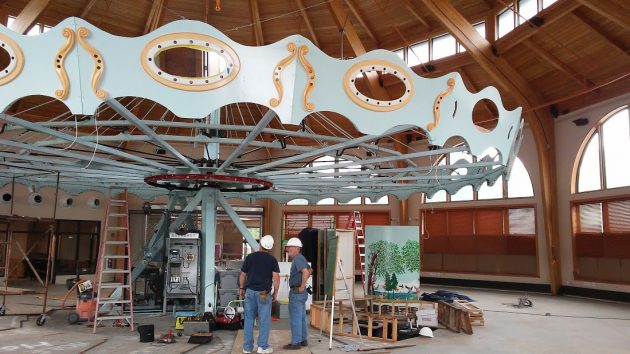 Electricians work on the Albany Carousel on Thursday. It will open next month.

You probably had no idea there is such a thing as National Carousel Day, let alone when it is. Well, it’s on July 25, and that’s the date when the Albany Carousel is scheduled to open.

As you can see by just walking by, the $6 million Carousel building at First and Washington in downtown Albany is rapidly nearing completion. Riding past on my bike Thursday, I ran into Gary Goby, MD, the volunteer who’s been overseeing the construction project for the last year or so. He told me about National Carousel Day and gave me a quick tour of the place.

The building is huge, even bigger than it looks from the outside. The basement has as much space as the main floor, and it’s been fitted out as a series of big open rooms for things like storage, workshops, heating and cooling, and even a machine that will collect, compact and package for easy disposal all the trash from the upstairs concessions area.

Everything is being made ready for the opening day. I didn’t ask about the details, but you can be sure there’ll be some kind of ceremonial occasion to mark the completion of 15 years of planning and construction, and the start of operations. Plenty of time to announce the particulars later.

The Historic Albany Carousel and Museum has a website with lots of information, You can  find it here. 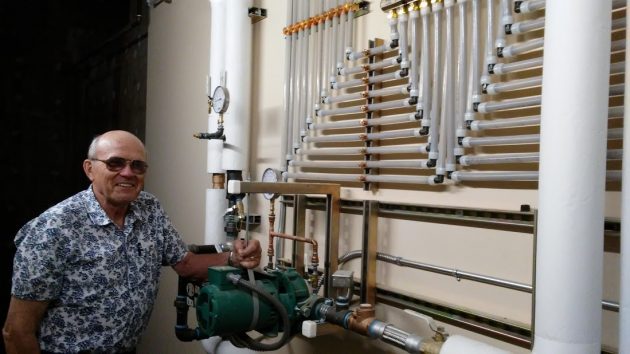 Dr. Goby showed me some of the basement equipment including the controls for a system that will use hot water to heat the building. 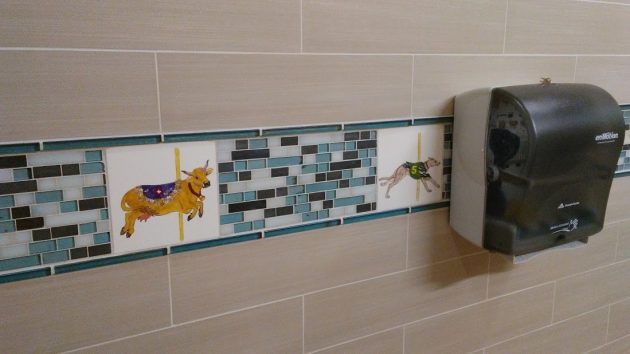 The building’s motif is carried out on the walls of the restrooms as well.


14 responses to “The day Albany Carousel will open”