The changing face of Pacific/Ninth 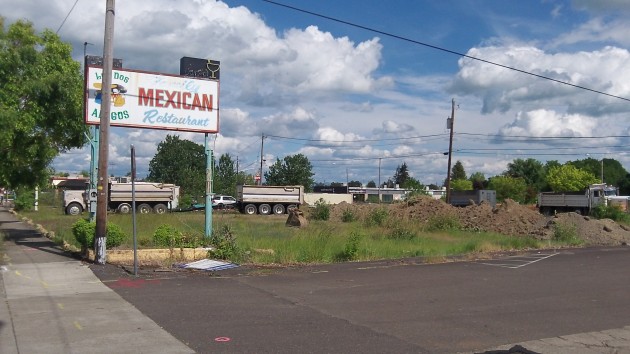 Auto Zone will go in where Dos Amigos left long ago,

Every day for the last few years, thousands of drivers have passed the vacant lot where a Mexican restaurant used to stand between Albany’s Pacific Boulevard and Ninth Avenue. This week we saw something new: Trucks and excavation equipment where for a long time only weeds were to be seen.

Curiosity sent me to the building department at City Hall on Wednesday afternoon. As it turned out, a permit had been picked up earlier in the day for the construction of an Auto Zone store at that very spot, at 1401 Ninth Ave. S.E. This chain outlet, measuring 7,380 square feet and valued for permit purposes at about $653,000, is being built by Corstone Contractors out of Snohomish, Wash.

Years ago the site was occupied by a restaurant named Los Dos Amigos, as a sign still standing Wednesday reminded passersby. At least three other auto parts stores are within about one minute’s drive from this location, but apparently the Auto Zone people thought there was room for one more. 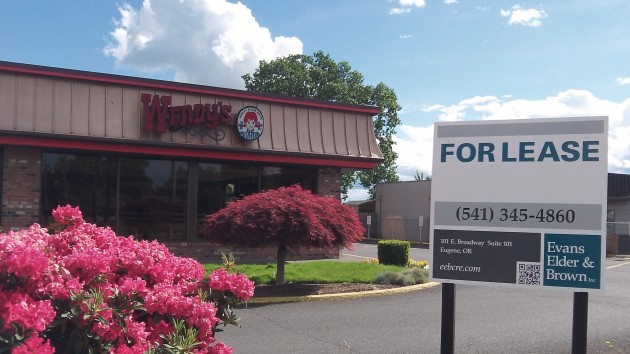 Reopening the Wendy’s restaurant does not appear imminent.

A few yards to the east, the only Wendy’s restaurant in Albany closed a couple of months ago. And if you had hopes, as I did, of somebody reopening the place right away so you could get a junior bacon cheeseburger again, you may be disappointed. A sign has gone up saying the property is available for lease. (hh)


3 responses to “The changing face of Pacific/Ninth”