The champions of bureaucracy 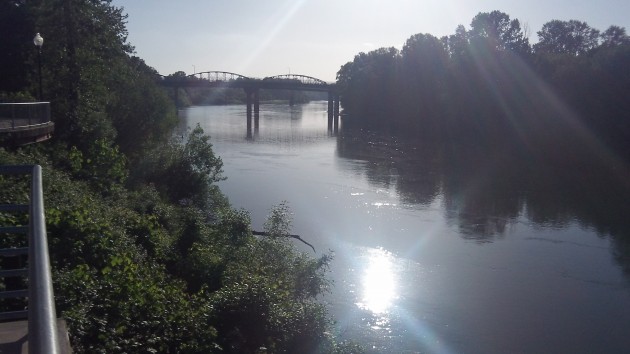 Evening on the Willamette, when you should not have to think about insurance forms.

If anybody wanted to award first prize for bureaucracy, the federal government and the insurance industry would likely be among the top contenders. Put the two together and you get bureaucracy squared. Here’s what happened to an Oregon couple, as reported to me by email:

“I am sharing the highlights of letters my husband and I received from the Centers for Medicare and Medicaid Services via our supplemental insurance carrier, Regence BlueCross BlueShield of Oregon. Either CMMS or Regence had reviewed our Medicare Part D plan and discovered a whopping underpayment of $1.07 from me; my husband owes a larger amount of $2.04!  We each received our own letter at a cost of 48 cents each and each letter contained two sheets of paper, one sheet each to return with our remittance, a grand total of $3.11. This is an insult when there is massive fraud involving millions going uncollected!”

Insult or not,  I thought there must be a simpler and less expensive way to fix and then make up for a small error in the payments to insurance companies under Medicare Advantage plans. I suggested this to my correspondent, and she replied:

“Regence MedAdvantage gets our Social Security and ‘manages’ it. The letters came from Regence but, to quote, ‘The Centers for Medicare and Medicaid Services requires us to reprocess claims that were received at an incorrect benefit and or cost regardless of when or how the error occurred. We are also required to seek repayment or issue refunds as a result of the reprocessed claims.'”

That’s the rub, apparently. There’s a requirement to collect amounts owed, and that makes good sense. But common sense says there also ought to be a streamlined way to correct such errors, especially when they’re very small, so that the cost of the correction does not exceed the size of the error.

Big bureaucracies don’t usually allow enough flexibility for reason to come into the picture. That’s one thing that still worries me about how Obamacare, the Affordable Care Act, is going to work out in practice once it’s fully in effect. After all, when it comes to showering citizens with forms and other paperwork, the feds and insurance companies are the perennial frontrunners in this particular race. (hh)


One response to “The champions of bureaucracy”