The cause: An overturned gas can 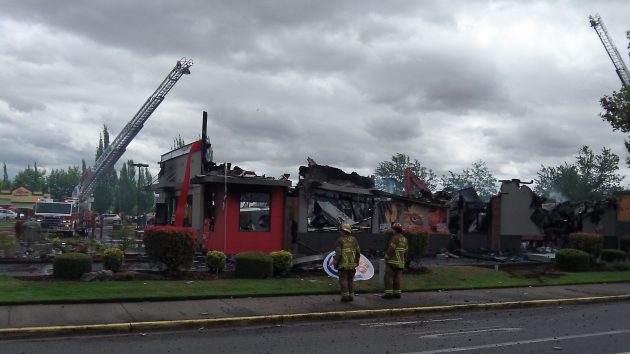 Spot news is not normally the business of this site. But there are exceptions. For instance: The Albany Fire Department announced Monday afternoon that the Saturday fire that destroyed the Burger King at 1435 Geary St. S.E. was the result of an accident. It happened when gasoline leaking from an overturned gas can was ignited, “more than likely from a pilot light.”

The department also said the property was valued on the county tax rolls at $1.1 million. Destruction of the restaurant was obviously a huge loss, and now we know how huge.

The fire department said employees of the restaurant were interviewed and the scene was investigated. Based on that, this was the conclusion: “The fire has been determined to be an accident. Albany Fire has determined the cause of the fire was gasoline from an overturned gas can in the bulk storage area of the restaurant. Eyewitnesses described the spilled gasoline igniting which more than likely occurred from a pilot light.”

It did not explain what a gasoline can was doing in the restaurant’s storage area, or why it overturned. (hh)


2 responses to “The cause: An overturned gas can”