The case of the vanished Albany street 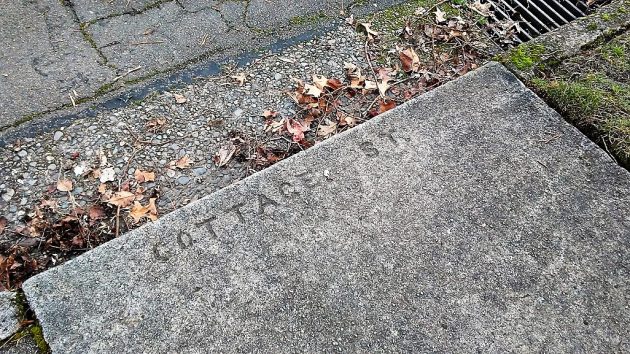 Meandering around West Albany on foot, you might come across “Cottage Street.” It says so on the concrete curb. But the street sign says Takena. What’s the story here?

I wish I knew. But all I can do is surmise, based on taking a look at city directories available — some of them — at the Albany Regional Museum and online at cityofalbany.net.

The 1948 directory lists five addresses on Cottage Street. But it also has a helpful hint about Takena Street. It says Takena runs south from 12th Street and is a “continuation of Cottage Street.”

Two years later, Cottage Street has all but disappeared. The 1950 directory published by the Chamber of Commerce shows just two addresses on Cottage. But it has at least three former Cottage Street addresses now on Takena, with the same families living at those numbers as two years before. One example: Several members of the Parrett household lived at 738 Cottage in 1948 and at 738 Takena in 1950. (Whatever dwelling existed at that address then is gone. The handsome house there now was built in 1977.)

So, it appears that either in 1949 or ’50, people in city hall or at the post office thought it was too confusing to have the northern five blocks of that street called Cottage and the southern end named something else. So they renamed the part that used to be Cottage.

If anybody reading this was around nearly 70 years ago and has another explanation, I’d like to hear it.

This isn’t the only oddity with street names that pops up when you cast your gaze earthward while hoofing it around that part of town. 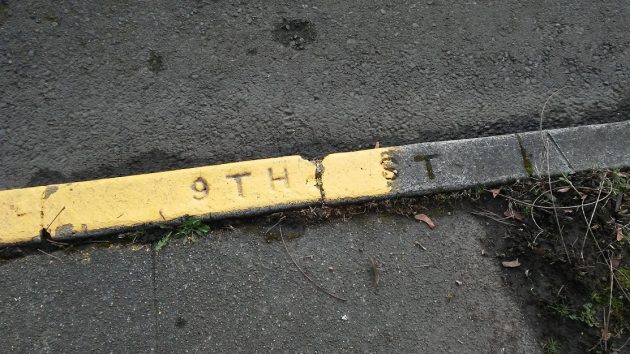 You will notice, for example, that the numbered streets, such as Ninth in this photo, were called streets when the sidewalks were built and the concrete poured for the curbs. Now Albany’s east-west streets are almost uniformly called avenues. Why the change, and when did it come about? 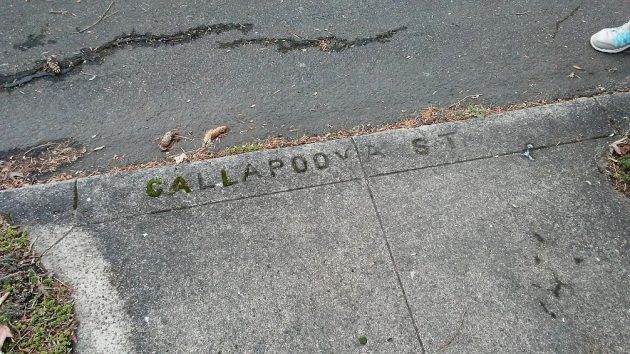 Four or five decades ago, the local paper led a campaign to make “Calapooia” the proper spelling of that Indian name, eventually causing the school district to agree to exchange the “y” in Calapooya to an “i” when the junior high by that name became a middle school. So what’s with that “Callapooya” in the concrete curb? A “y” and two “l’s”? Maybe that’s a useful reminder that the indigenous people in this valley didn’t care how English-speakers a century later would write their name.

Enough of that walking around and looking down. I gotta get back on the bike. (hh)


19 responses to “The case of the vanished Albany street”