The blame for Benghazi 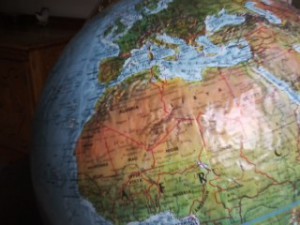 The Obama administration keeps excusing its conduct after the September attack on our consulate in Benghazi on the grounds that it was clueless and helpless. That’s a pitiful response in light of what we spend on intelligence and the military.

First was the implication by the State Department and the president that the attack was a response to an abscure anti-Muslim video made in California. This even though, it now develops, our government had information early on that this was a planned attack by a militant faction in Libya.

Then the secretary of defense, Leon Panetta, said this week that the armed forces did not intervene because they didn’t know what was going on. He said it’s a “basic principle … that you don’t deploy forces into harm’s way without knowing what’s going on, without having some real-time information about what’s taking place.”

Now it develops that the Americans under attack sent messages to Washington pleading for help not once but three times, but the requests were denied, according to a report on Fox News. So it appears that the defense establishment did have first-hand information about what was going on.

Even without exact information, why would the U.S. military hestitate even to try to help out if one of our outposts is under armed attack within an hour or two of a U.S. airbase in Italy? Panetta presides over a defense establishment costing more than that of any other country and yet can’t send help to an American ambassador under armed attack?