The Bikman penthouse: a closer look 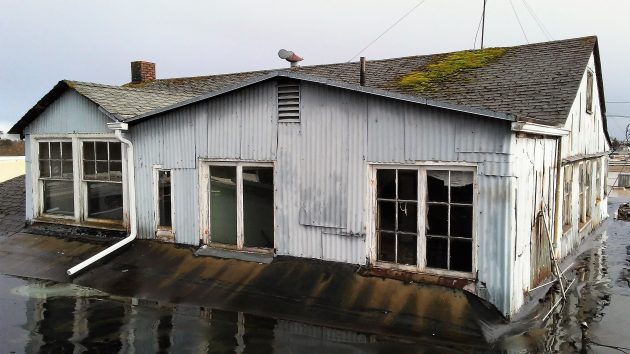 For decades, the penthouse atop the Bikman Building has intrigued people who glimpse it from afar as they come into downtown Albany on the Ellsworth Street Bridge. This week I finally got a closer look.

Sid and Susan Stevens own the building at First Avenue and Ellsworth Street, where Sid Stevens Jewelers occupies part of the ground floor. On Wednesday Sid gave me a tour of the second floor and the house on the roof.

The Bikman Building went up in the mid-1920s. Sid told me of a photo that shows the site being excavated for the construction, with the newly built Ellsworth Street Bridge in the background. The bridge was finished in 1925. Some time after 1928, the Bikman family built the house on the roof. Joseph and Anna Bikman and their five children lived there for a while until they moved to a regular house, on the ground this time, elsewhere in Albany.

The penthouse must have been a neat place to live, if you didn’t mind the daily climbs up and down two steep and long flights of stairs. The penthouse windows afford wide views of the Willamette River to the north and across Albany’s rooftops to the south and west..

After the Bikmans moved out, the house was rented for a time. Now the place has been unoccupied for years. The roof leaks and household and construction debris covers the shag carpet. Seventeen years ago a tax assessor noted that the place was unlivable, and from the state of it now, he wasn’t kidding. An arsonist had set a fire up there not once but twice while renters were moving in and out, Stevens told me, and the damage can still be seen.

Stevens has plans to have the roof and siding of the penthouse replaced this summer. When I wonder why he doesn’t just remove the structure from the roof, he says he doubts that the city would let him. It’s probably historic, after all.

The cost of restoring the penthouse, along with completing a long-dormant project to rebuild the 15 apartments on the building’s second floor, sounds prohibitive. But  it’s sad to see such a unique place go unused. (hh) 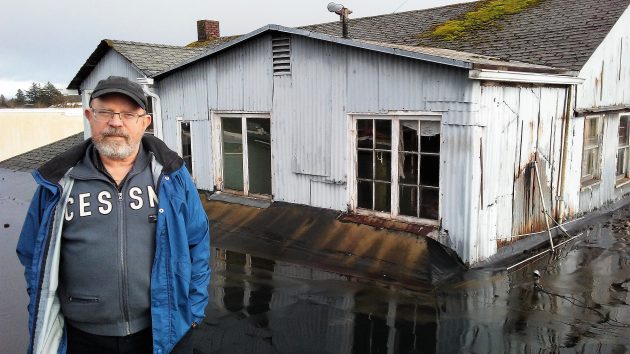 Sid Stevens says he intends to replace the penthouse’s siding and roof this year. 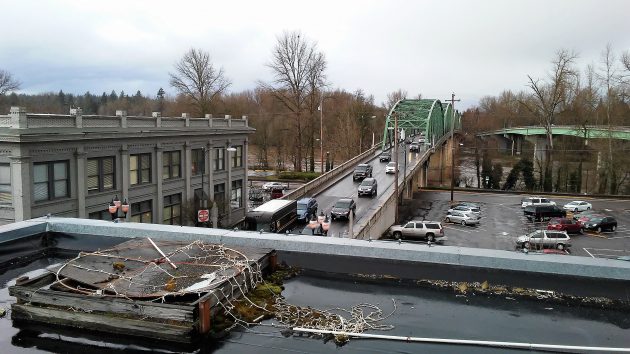 The view of the Ellsworth Street Bridge, which is about the same age as the Bikman Building. 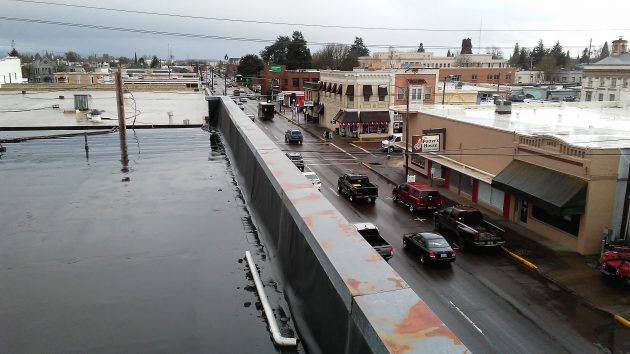 
12 responses to “The Bikman penthouse: a closer look”