The Big Dig: When it will start

Written May 19th, 2017 by Hasso Hering
Comments: one response. 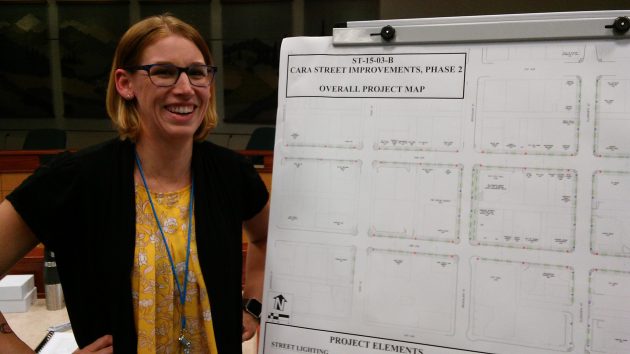 The digging for Albany’s Big Dig will start on June 12. A week before that, workers for Emery & Sons Construction Group will start getting equipment in place for the $8 million project to reconstruct and spruce up several downtown streets.

I got the dates at an open house at City Hall Thursday. It was set up to let the public, especially downtown property owners, ask questions about the project and get a better idea of how it would affect them. By the time I left just before 5, a handful of visitors had come and gone, and the event was scheduled to continue till 7. From the early turnout, I didn’t get the idea that there was a whole lot of anxiety about the disruption the project will cause.

Lindsey Austin, an engineering technician in the Public Works Department, will act as project manager. She and others at City Hall plan to keep the public informed about scheduling and other aspects of the work through several online channels, including a Facebook page, an email address and email alerts to people who sign up, and by answering questions on the phone. The details of the project itself and the public contact opportunities are here.

This is the second phase of the street project, to be finished by December. The first phase was all but completed Thursday when streets around the Albany Post Office, which had been rebuilt during the winter, got their final layer of paving.

Lori Schumacher, the engineer who helped design the street improvements, told me she checked with a man at the post office and learned that the drive-up drop box on the post office’s First Avenue side will be replaced there. (Postal customers keenly regretted its absence for the last few months.)

Also newly installed on the block of First between the post office and the Albany Carousel: Angled back-in parking on the right side of the street. People can try their luck parking there as soon as the construction fence is gone. (hh) 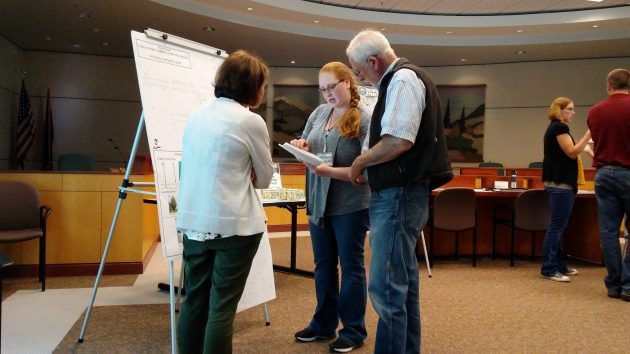 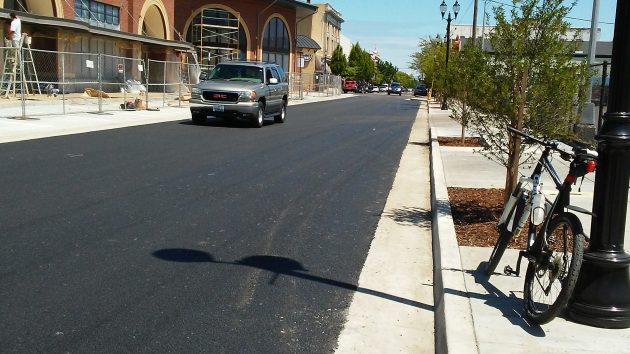 There’s enough room on the repaved First Avenue for the post office’s drop box to be put back on the sidewalk (on the right in this shot).


One response to “The Big Dig: When it will start”