The Answer Man: Signals on 34th 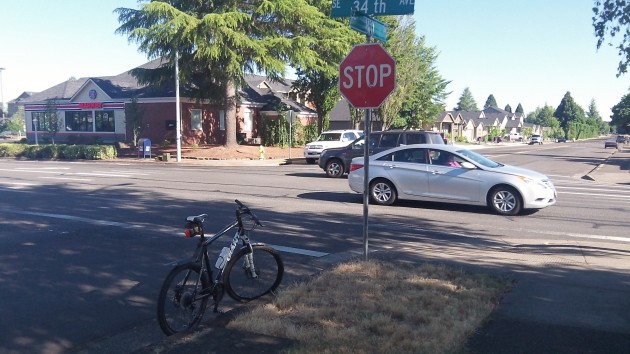 Coming later this year, probably: A signal at 34th and Hill.

This was the question that arrived via email from an Albany reader: “What is going on with the traffic lights that are supposed to be put in at 34th Avenue and Marion and 34th Avenue and Hill?” As luck would have it, the Answer Man is in.

The short answer, as obtained from Chris Cerklewski, the engineer overseeing this project for Albany Public Works, is as follows. “The signals have been designed and are currently being reviewed by ODOT (the City has contracted with them to perform maintenance on our traffic signals, so they need to approve the plans). That review should take a few weeks and if all goes well the project should be put out to bid later this summer and completed by the end of the year.”

(As an aside, the Answer Man has a question: Why would it take a state agency a few weeks to review a design for traffic signals prepared by professional engineers? You’d think the design comes in, the people at ODOT take a couple of days to look them over to make sure the designers didn’t forget something, such as the amber light between green and red, and stamp the plans “approved” before the week is out.)

But why signals there at all? For that, the Answer Man turns to Ron Irish, THE source for all matters connected with Albany streets. He says traffic signals on 34th at Marion and Hill have been in the city transportation plan for some time. When a large apartment complex was approved and built southeast of the Hill Street intersection, the council decided it was a good time to go ahead with the Hill signal and do the one at Marion at the same time in order to maybe save some money.

Cost estimates run about $350,000 for each intersection, and the money will come from the city fund containing the transportation fees paid on new development.

Irish says the traffic volume on 34th averages 10,000 a day, while the side street volume on Hill and Marion at the intersections runs between 2,000 and 2,500 a day. When I looked at both intersections just before 6 on Wednesday night, traffic was light and the need for signals unclear. But things are obviously different when school is in session and half the population is not out of town. (hh) 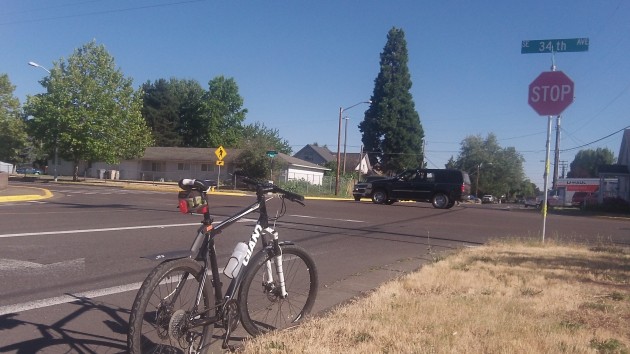 One response to “The Answer Man: Signals on 34th”