That sad little bridge, still in need of repair 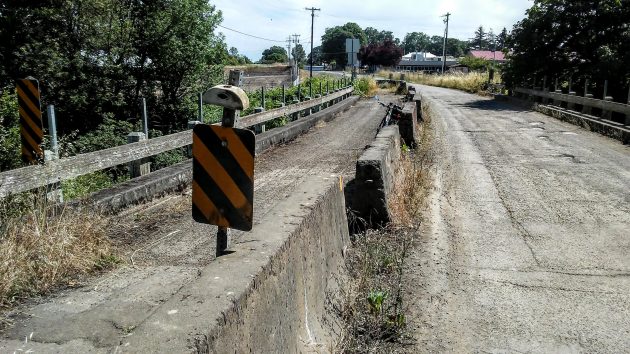 The country seems to be intent on self-destruction, so maybe this little bridge in Albany is a fitting symbol of our habit of letting things go till they get out of hand.

You’ve crossed this one-lane bridge if you’ve been to the Talking Water Gardens or Simpson Park. It’s looked like this, more or less, for about 20 years, if memory serves.

I wrote about this five years ago, trying to goad the responsible road authority into finally getting it fixed. No luck, obviously.

I once discovered a listing of this place in something called the National Bridge Inventory, which said it was built in 1957 and its structural components were in “intolerable” shape.

Linn County once briefly closed the bridge to keep it from collapsing under heavy trucks, then restricted it to one lane. And it’s been that way ever since.

Now the city of Millersburg seems to be in charge of it. The city’s capital improvement plan includes a project to repair the bridge, with an estimated price tag of $2,250,000. But the project is “unfunded” and unscheduled. So it’s probably not going to get fixed in the lifetime of some of the people reading this.

Does it matter? Maybe not. Not until some oblivious driver causes a head-on collision in the single lane, or a maintenance truck of the Portland & Western falls through to the creek below.

As a country we have much bigger problems, obviously, most of them having nothing to do with bridges. But this website is about, mainly, things I see around the town I like, and the countryside around it, at least the part I can easily reach on the bike. (hh) 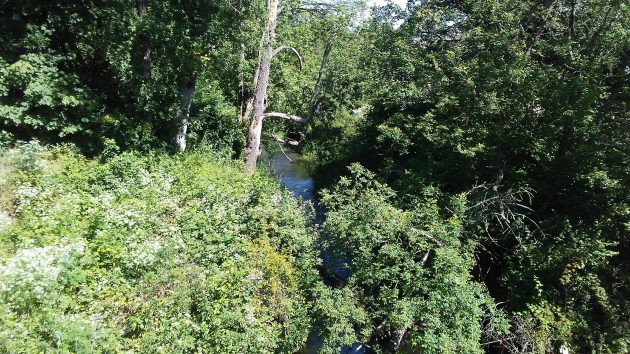 Looking off that bridge is like taking a peek into a jungle.


6 responses to “That sad little bridge, still in need of repair”