Thanks to whoever did the cleanup 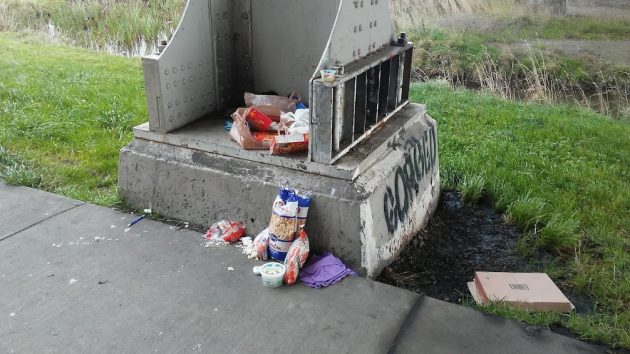 On Jan. 9 this spot on the path under the viaduct near Swanson Park looked like this.

People often leave trash by the side of the walking and bike path under the Pacific Boulevard viaduct, from Albany Station to Swanson Park. But then somebody cleans it up. Whoever does that chore, again and again, thanks a lot.

The spot under the overpass is a hangout for vagrants, presumably because it’s out of the sun in the summer and more or less dry during winter rains, like now.  So now and then the trash accumulates, making this a particularly unpleasant place for people going by on the path.

But it always gets cleaned up eventually. When I asked at City Hall, spokeswoman Marilyn Smith told me the cleanup may be part of the regular custodial work of the park maintenance crew.

I ran this by Rick Barnett of the parks department. “We typically pick it up,” he responded this morning. “This time someone beat us to it. I don’t know who.”

Maybe next time whoever does this good deed could tape a little note to the post holding up the bridge. “Cleaned up by … .” Then we would know whom to thank for this otherwise thankless chore. (hh) 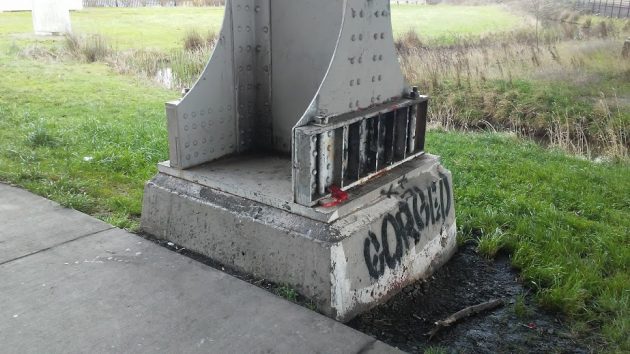 The next time I came by, on Jan.25, the site had been cleaned up.


5 responses to “Thanks to whoever did the cleanup”