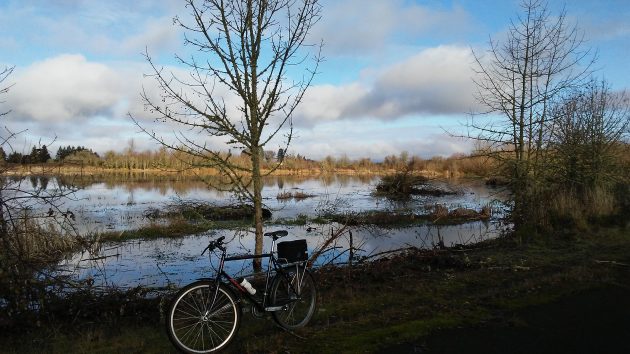 The afternoon of Christmas Eve found me and my bike at the E.E. Wilson Wildlife Area. Even though I didn’t see any wildlife other than birds, having this 1,788-acre tract within easy reach is one of the benefits of living in the Albany area.

The area’s main purpose is to provide habitat for game animals including upland birds, and the occasional spent shotgun shell left on the ground reminds you of that. But from my perspective, what makes it great is that it offers solitude and widen open spaces, plus both paved and gravel roads for riding a bike.

Some years ago, budget problems forced the Oregon Department of Fish and Wildlife to consider closing E.E. Wilson to public access. Luckily, the closure was avoided. Even though we’ve all read about the looming state budget crisis for the next biennium, I combed the department’s 2017-19 budget proposal in vain for any signs that closing the area was once again in the cards.

On its website,  ODFW makes the point that E.E. Wilson and the two dozen other state wildlife areas, including public access to them, are made possible by revenue under the federal Pittman-Robertson Act of the 1930s. The act placed a federal manufacturers’ excise tax on hunting arms and ammunition, and the money is distributed to states based on population and the number of hunting licenses sold.

Oregon expects to get about $23 million from this source in the next two years, down a few million from the current budget period. The money helps pay for many programs related to game animals, not just maintaining the wildlife areas. But ODFW points out that for the wildlife areas, “most funding is provided through the federal Pittman-Robertson program financed by hunters and shooting sports enthusiasts.”

So if you like the E.E. Wilson area as a great place to visit, as I do, you should welcome news of any uptick in the sale of hunting licenses, ammo and guns. (hh) 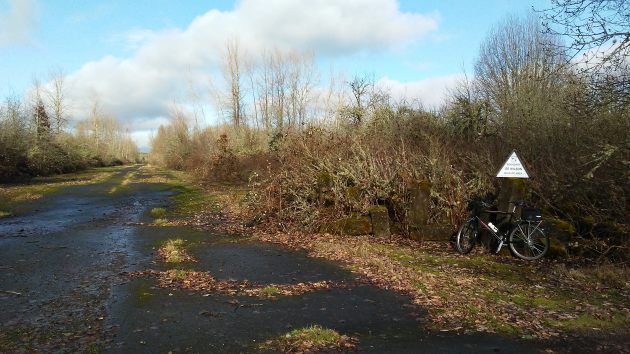 One of the roads in the Wilson Wildlife Area on the afternoon of Christmas Eve,

5 responses to “Tax on gun sales helps keep it open”