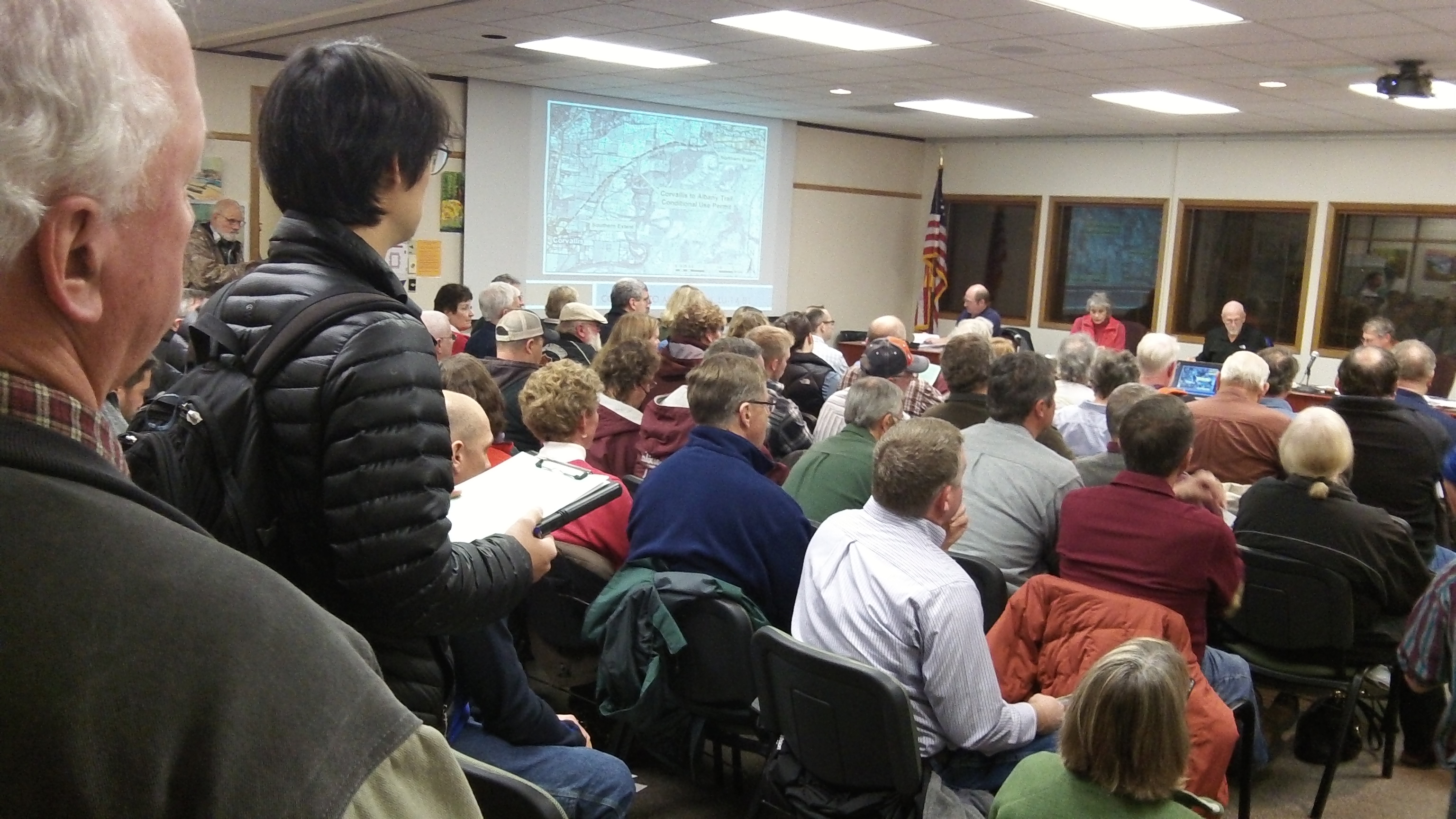 UPDATE: Tuesday night’s hearing was continued until next Tuesday, 7 p.m. Dec. 9 in Benton County’s Sunset Building, for more testimony. About 20 people spoke in favor of the plan for a bike trail between Albany and Corvallis, and six farmers spoke against it.  A public hearing on the planned Albany-Corvallis Bike Trail drew an […]