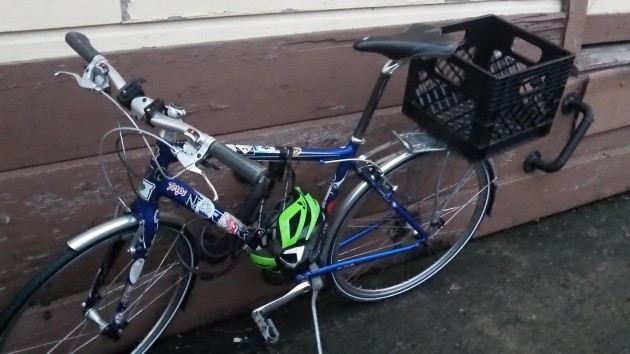 At least one person (not me) went to the bike path meeting by the appropriate means.

The idea of a bike trail between North Albany and Corvallis — dormant since the plan to route it through farm land along the Portland & Western railroad tracks was shot down a year ago — got a welcome boost from a survey that showed substantial support.

Benton County commissioners and other officials met Thursday with consultants who worked on the survey. The board expects to decide in February whether to seek more information or take the next step, which is to launch a public process to identify a route different from the one rejected by the Benton County Planning Commission in February 2015 after farmers objected.

DHM Research of Portland polled 300 people in Albany and Corvallis by phone, including 150 living in the corridor between the cities, and collected 2,572 responses in an online survey. Among the results, summarized by Michelle Neiss, the company’s vice president of research: Seventy-five percent support building the Albany-Corvallis path. Twelve percent would use it to bicycle to work while greater percentages would use it for recreation including running. Among the online respondents alone, 25 percent would use it to ride to work at least once a week. (Benton County plans to post all the results on its website for the project.)

Based on data from the Corvallis-Philomath bike path and from Strava, a ride-tracking app for serious cyclists, traffic consultant Andrew Mortensen of David Evans and Associates, Portland, estimated the Albany-Corvallis trail would get around 400 users a day, including about 100 bike commuters.

While this would not relieve congestion on Highway 20, it would be a helpful step nevertheless. According to him, state transportation policy would have ODOT support projects like this path, especially since widening Highway 20 for vehicle traffic is many years away.

I went to the meeting at the Corvallis Depot because I’ve editorialized in favor of this project for a decade or more. The results of the survey surprised and encouraged me. I didn’t think a path that doesn’t exist would generate any support, especially in a phone poll of the general population. So now, if Benton County’s process identifies a route that doesn’t run into a group of determined farmers, or if it wins their agreement, that path might eventually still be built. (hh) 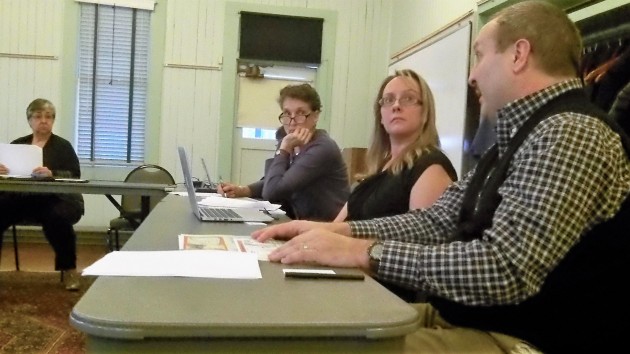 From left, Commissioners Jaramillo and Schuster and consultants Michelle Neiss and Andrew Mortensen.