Street work: Help on where to walk – Hasso Hering

Street work: Help on where to walk 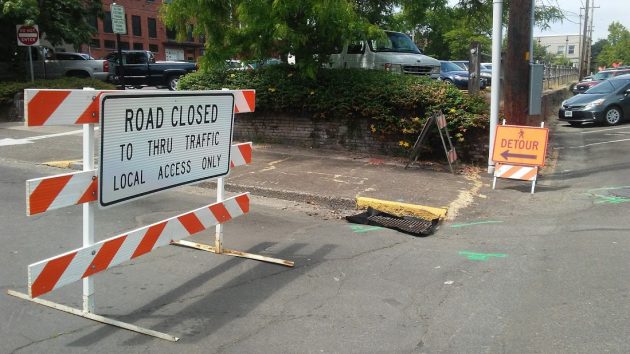 At first glance this detour looked contradictory, but on second glance I saw the little pedestrian on the yellow sign. Looks like the city and the contractor are making sure walkers can find their way through the street construction in downtown Albany this summer. 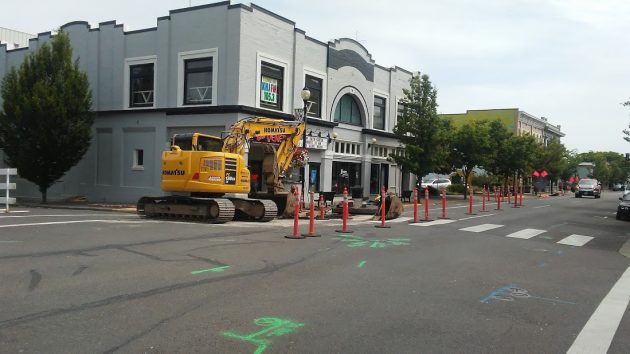 According to the schedule, actual digging in the Big Dig wasn’t supposed to start till June 12, but on Wednesday morning it looked like some of it got started early. This was at the corner of First and Broadalbin. 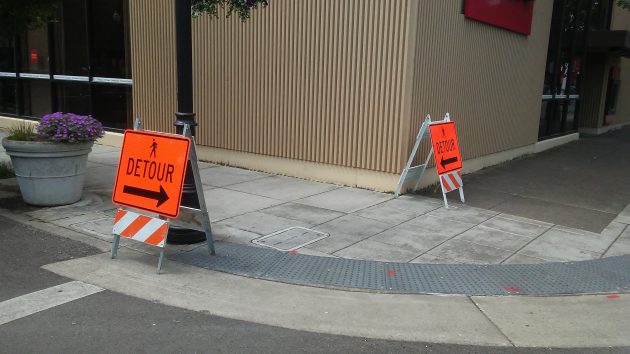 More signs telling people on foot where they can go.

The $8 million project to rebuild sidewalks and pavement on several downtown streets will take all summer, but city officials have said downtown businesses and other venues will remain accessible during the construction.

The Central Albany Revitalization Area, the city’s urban renewal district, is financing the work as part of its mission to restore the central area’s economic vitality. Attractive streets, with things like new trees and lighting, are one way to encourage private development and bring people downtown. That’s the hope, anyway.

The contractor is Emery & Sons of Salem. The construction should be done by Dec.1. For more on the project, check the city’s website here. (hh)

10 responses to “Street work: Help on where to walk”