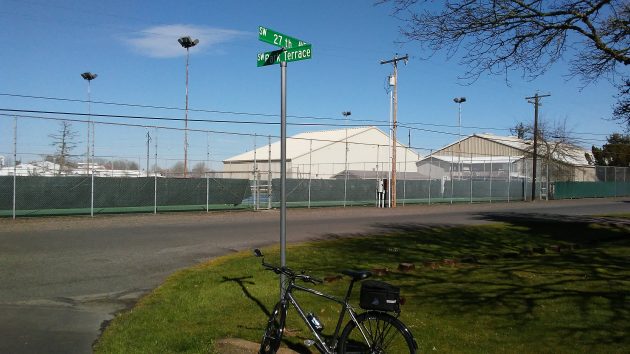 The new street sign at Park Terrace and 27th Avenue on Monday afternoon.

Last week we had a bit of fun with an accidental misspelling on the street sign at 27th Avenue and Park Terrace. Now, the typo has been fixed.

When the story and photos about this appeared last Wednesday (March 11), someone at City Hall asked if I had reported the misspelling to Public Works. The city makes its own street signs, and when mistakes like this are pointed out, they are promptly fixed, I was informed.

And sure enough, harmless though it was, and a source of mild amusement, this one has been corrected. I didn’t go by there again till today (Monday, March 16). But here it is: Confirmation that on that sign, “Terrace” now is spelled the conventional way. (hh) 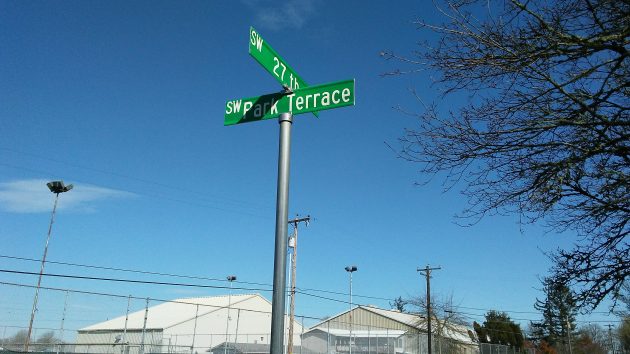 
4 responses to “Street sign update: That typo is no more”