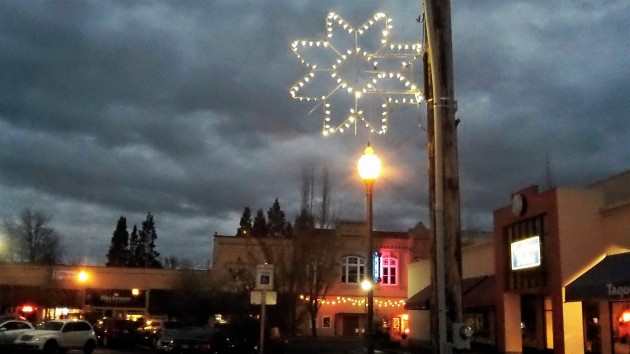 A bright star above the Two Rivers parking lot this week.

See those lighted stars up on posts all over downtown Albany? Makes it look as though it’s still the Christmas season, doesn’t it?

But it’s not, in case you had not noticed that we’re closing in on the end of January. (And on Wednesday it seemed very much as though springtime had arrived — a false impression, most likely.)

The stars have been a traditional holiday decoration downtown for maybe 20 years or more. So I wondered what was going on when I got back from a couple of weeks away and noticed them still up and still lighted on Tuesday. Wednesday I got a chance to ask the Downtown Association’s Peggy Burris about this. The group decided to keep the stars lighted a bit longer this year, she told me. Strictly speaking, they’re not shaped like traditional Christmas stars anyway (even less like snowflakes, which we mistakenly called them at the paper for some years after they were new). So there’s no reason they can’t brighten up the nighttime scene at times other than right around Christmas.

But they’re not staying up for long, Peggy told me, only until the first week of February. So if you want to see them light your way, better get downtown while there’s still time. (hh) 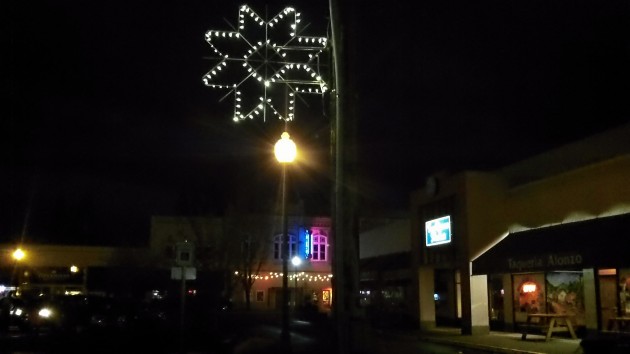 And half an hour later, it looks even brighter.