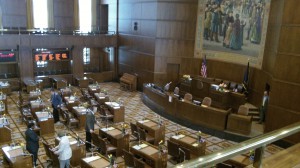 The gun bills have been sent to the Senate floor.

Four anti-gun bills have cleared the state Senate Judiciary Committee, but they have been almost completely watered down. The panel’s three Democrats backed the bills on Thursday while the two Republicans, including Betsy Close of Albany, opposed them. The bills themselves had been stripped of their most objectionable provisions and in their present form would do nothing of any real substance.

Senate Bill 347 no longer makes felons of concealed handgun license holders who carry on school grounds. It allows school boards to restrict CHL holders from carrying, but not if they are parents dropping off or picking up their kids.

SB 699 says CHL holders can carry in public buildings as long as no one can see their guns. SB 700 says a criminal-history check is required for giving, selling or leasing someone a gun, but relatives and their spouses are exempt. Finally, SB 796 has dropped the proposed live-fire test of CHL applicants, saying only they must take the already-required safety course in person and not, presumably, online.

In the House, Democrats may try to make these bills more burdensome. But if they do, they probably won’t be enacted at all.

And by the way, the Senate panel  also endorsed a bill allowing shooting ranges in the exclusive farm use zone. Only Democrat Jackie Dingfelder of Portland was against that. (hh)