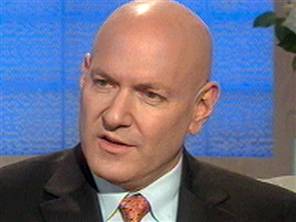 How come we pay so much attention to sports at the expense of everything else? It’s a question we ought to think about now and then.

Television personality Dr. Keith Ablow did just that the other day. He wrote an online commentary on why the behavior of the basketball coach at Rutgers was tolerated for so long before he was suspended and then fired. The reason, he said, was that we have gone way overboard in idolizing winning sports figures even though in the light of everything else that has consequences in the world, who wins a game matters not at all.

Dr. Ablow, 51, is a forensic psychiatrist in Massachusetts and New York who also is an author and appears as a commentator on Fox cable news. Here’s one of the things he said about all kinds of sports: “They are fun, entertaining, money-making activities that showcase the human spirit of competition at an exquisite level and that don’t matter to the world, in the long run, when it comes down to it, at all. Not one bit. Not an iota.”

Maybe it’s natural to lose ourselves in following elite sports when we’re otherwise surrounded by many problems that never get solved. But now and then it’s worth for devoted fans to remind themselves that sports are fun and games, and that’s all. (hh)