Speed up that new fire station 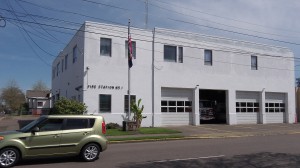 Just last month the state came out with yet another report on the catastrophic effects the next really big earthquake will have on everybody in the Willamette Valley and on the coast. And as always, the report said this calamity is overdue. It could happen any day or night. So you would think the first priority would be to make sure our emergency services can respond if and when it happens. The Albany City Council, though, has yet to get the word.

For years now the council has known that the city’s main fire station is unsound. In the big earthquake it will probably fall down, trapping the engines and firefighters inside. Even now, the place is a problem. The plumbing leaks, the wiring is flaky, and during a recent power failure the emergency generator failed with the result that the big doors of the apparatus bays could not be opened for a short while.

For at least two or three years the council has talked about this and paid money for studies on whether to try to rehab the old station or where and how big to build a new one. The fire chief meets with the council now and then and makes proposals — usually in closed session because real estate transactions may be involved. The council usually has other ideas or suggestions of its own and asks for more information. And so the endless mulling of this issue continues.

The chief has been working on this for years, and he knows what is necessary and how it could be accomplished. The council ought to get behind him so a plan to proceed can go to the voters. That new station must be ready when the big one hits. (hh)

Gordon L. Shadle responded on April 25: In 2010 the Council had $18.5 million of Pepsi money. Since then they’ve spent almost $10 million on various pet projects. They have about $8-9 million left. (You wrote an informative article last August providing specifics on how the money has been spent.)