Something to look at downtown 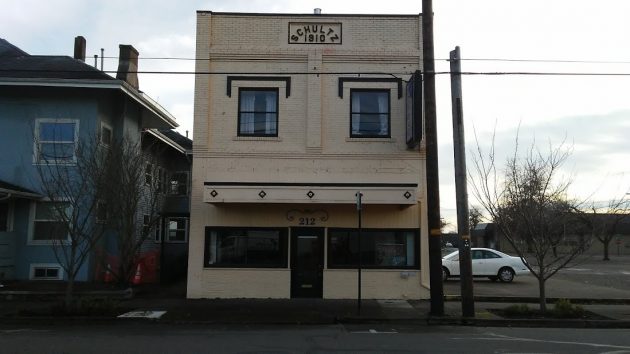 Judging by what it says at the top, the Schultz Building on First Avenue S.E. is 108 years old this year.

Aimlessly wandering around central Albany, as I did on New Year’s Day, you come across an interesting sight now and then. Today’s example: the storefront in the two-story brick building at 212 First Ave. S.E.

Later the building changed hands or uses, or both. In 2009, the CARA downtown urban renewal board authorized a forgivable loan of up to $45,000 or 50 percent of the cost of making the upstairs usable as an apartment. This entailed installing a sprinkler system, among other things. The cost of improvements was more than $90,000, and two years later, in January 2011, the CARA program indeed forgave the loan, turning it into a $45,000 grant.

For a while the storefront housed an antique store, if memory serves. Now it displays some classic cars from, I think, the 1960s or ’70s. You can see the cars when you peer through the plate glass in front.

What you can also see is a card sitting on the floor. It says the cars and indeed the building and the parking lot next door are for sale. And it invites you, if you have an interest in either the cars or the real estate, to write your contact information down and slip it through the mail slot in the door.

The asking prices are not stated. But for the building itself and the lot it sits on, the Linn County assessor has estimated a market value of $115,280. So if you’re interested, drop a card through the slot and try to make a deal. (hh) 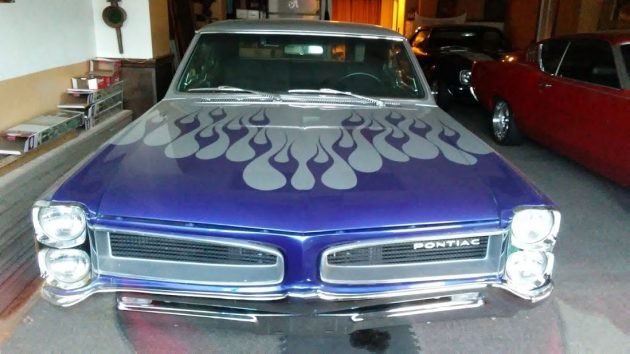 This Pontiac is one of the cars you can admire through the window. 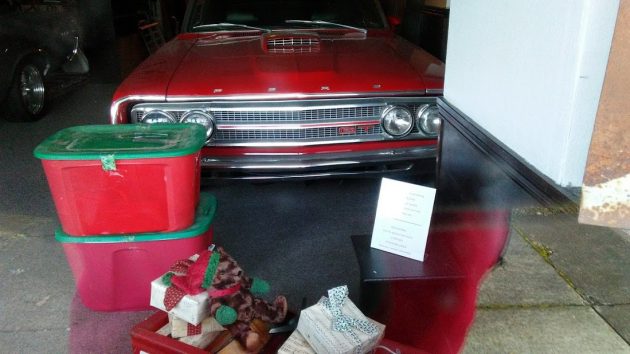 That card on the floor invites offers for the vehicles or the real estate.

7 responses to “Something to look at downtown”