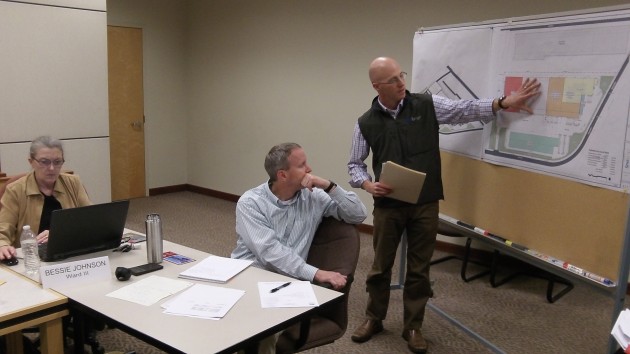 The numbers and the timing are still unclear, but the Albany City Council is eager to to help pay for a share of the cost of repaving the northernmost segment of Lochner Road in order to help an adjoining cold-storage company expand.

SnoTemp, the company around whose property the road curves, says that segment of Lochner must be improved in order for it to go ahead with an expansion that may provide about 50 additional year-round jobs in a few years, along with perhaps 80 seasonal ones.

Improving the 0.46-mile segment of the former rural road to urban standards with curbs, gutters, sidewalks and bike lanes on both sides would cost an estimated $2.6 million. SnoTemp owns property on the west side of the road, and the other side is owned partly by the Albany & Eastern Railroad and partly by the Albany Public Schools. Forming a local improvement district to assess the property owners was considered impractical. So the plan is to apply for a couple of state grant programs to pay for much of the road project, with the city kicking in at least $400,000 and maybe more from its reserves of transportation systems development charges (SDC’s) paid by all new construction.

At its work session Monday evening, the council voted unanimously to support the SnoTemp plans, seek as much funding as possible from state loans and grants, and then explore city funding to make sure that the plans can go ahead. Councilor Floyd Collins seemed to sum up the council’s sentiments when he said the expansion would not only create new jobs but also support Albany’s existing food-products industry as well as the mid-valley agriculture.

SnoTemp says that in addition to expanding its storage capacity, it also has hopes of recruiting to the site a fruit processor new to Albany. The expansion would take place over the next few years. Tax benefits would accrue to Albany and other taxing districts once the project had exhausted a three-year Enterprise Zone tax holiday.

The company and the city staff now have to complete the state grant process, and the company has to launch a request for land-use approval before the road project even gets to first base. (hh)

3 responses to “SnoTemp gets council’s support”