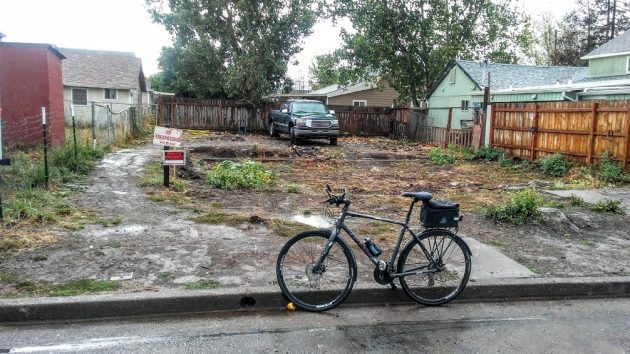 After being cleared on Wednesday, the lot at 610 Sherman St. looked like this on Friday.

As ordered by the Albany City Council last month, a contractor now has cleared the lot at 610 Sherman Street of a set of improvised shelters that apparently housed a number of people where a small house once stood.

On Aug. 26, neighbors and others complained to the city council about goings-on at the site, and the council voted unanimously to have the property cleared as a danger to public health and the people who were camping there.

For a while nothing happened. On Tuesday, City Manager Peter Troedsson told me that “the issue has taken a back seat due to the current crises with wildland fires, evacuee placement and support, and poor air quality.”

But on Wednesday, a contractor for the city, Apex Property Clearing, did what the council wanted. The bill hasn’t come yet, but the city expects it to amount to about $1,000.

Presumably the cost of clearing it will be added to the liens the city already had on the property for a number of enforcement actions for code violations that culminated in the city-ordered demolition of the small house at the address on Jan. 27, 2020.

After the council action in August, the property’s owner, David Furry, told the Albany Democrat-Herald he hoped the city would drop the liens so he could sell the lot. He had been living in the makeshift shelters and was joined there by other homeless people, the paper reported.

Furry has challenged the city’s enforcement action in court. At last report, a hearing was scheduled in Linn County Circuit Court for Oct. 8. (hh) 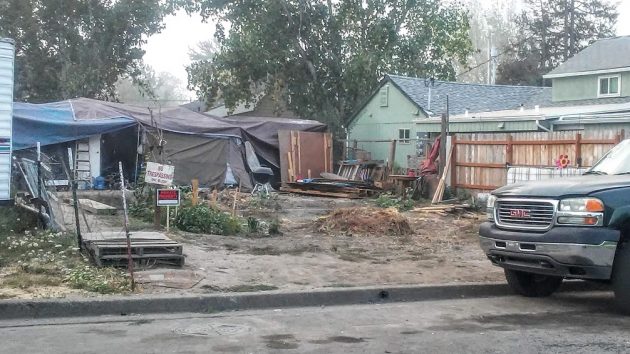 On Sept. 14, like everything else in Albany, 610 Sherman was shrouded by wildfire smoke.

One response to “Sherman Street lot cleared of tents and stuff”