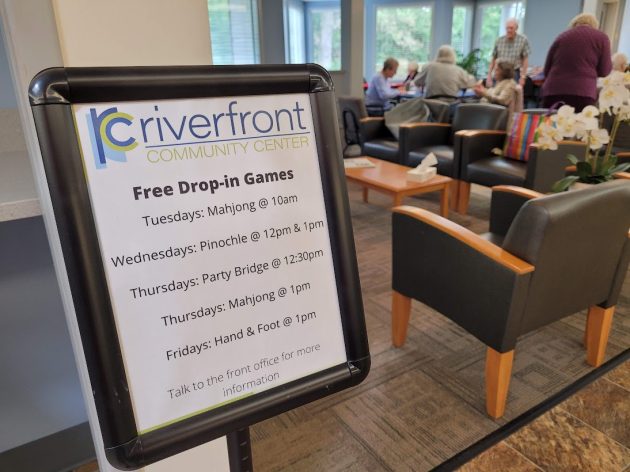 At the former Albany Senior Center on Thursday afternoon.

One afternoon this week, I dropped by what Albany now calls its Riverfont Community Center. I hadn’t been inside the place since just before it reopened last winter after being shut down for Covid.

During the shutdown, the center was remodeled. Then it was “rebranded,” so-called, in order to appeal to a wider community of users.

Since 1975, when it opened near the river at the north end of Washington Street, the place was universally known as the Albany Senior Center. The city staff hopes that by calling it something else, more people will take part in programs or activities there, potentially adding to the revenue needed to keep it open.

I don’t know if this is working out.

But at least twice in recent months, most recently on Wednesday, someone went before the city council during “business from the public” and pleaded for restoring parts of the old senior center.

The place formerly had a little snack bar and a coffee counter. A few years ago, I used to find quite a few folks gathered around the snack table when I was invited there once a week to lead a discussion about local issues.

If I recall correctly, there was a little gift shop too.

The couple who addressed the council recently (I didn’t hear their names because I was watching online) asked for two things. They would like pool tables restored to the center. And they’d like the word “senior” added back to the name.

On Thursday afternoon, when I wandered through the place, about a dozen seniors were sitting in small groups around tables, playing cards or mahjong. Some were doing some kind of needle work.

The corner room where I was told the pool tables had been was empty. The space now is used for classes and other meetings.

Mayor Alex Johnson II told the lady who addressed the council on Wednesday that the council would take her comments under advisement and have a conversation with the city manager and parks and recreation director.

The seniors’ requests don’t sound unreasonable to me. The council owes them the courtesy of an answer soon. (hh) 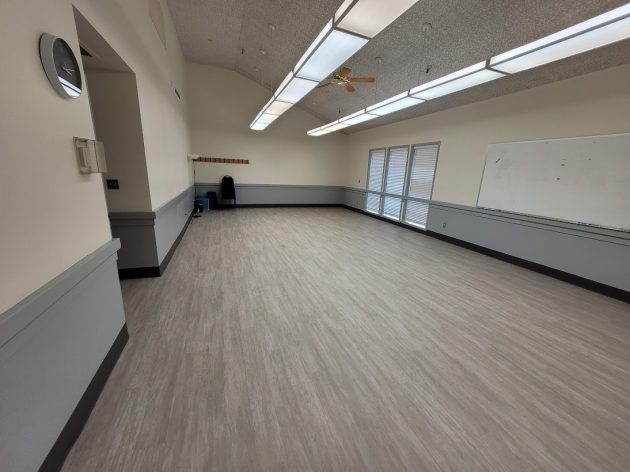 A couple of pool tables used to be set up in this room. 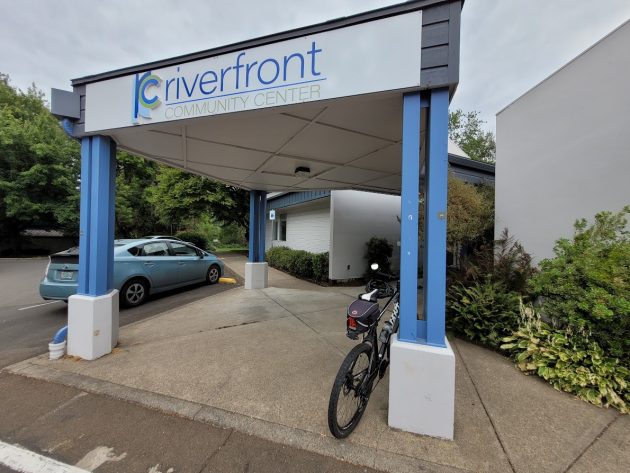 The “Criverfront” label might benefit from adding “senior” to it somehow.