Senate walkout: It’s not about climate 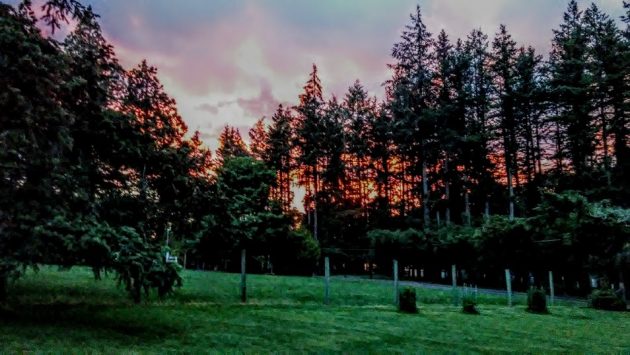 An Albany sunset: HB 2020 won’t affect our climate one way or another.

It’s worth taking another look at the size of the increase in the Oregon cost of living that Republican senators are trying to prevent by blocking final action on HB 2020.

The Republicans left the state so Governor Brown could not send the state police to round them up. Senate President Courtney plans to impose a fine of $500 per day on each of the absent senators, starting Friday, as long as their absence prevents a quorum of 20. Compared to the cost imposed on everybody in Oregon who needs conventional fuel to live or work, those fines are a small price to pay.

Here’s what the Legislative Revenue Office estimates that the bill would generate in additional funds flowing into the state government once the program takes effect: Almost $1.3 billion in 2021-23, nearly $1.5 billion in 23-25, and more than $1.8 billion in the biennium after that. And that’s just the start of a carbon-reduction program with a goal set in 2050.

The cash flowing to the state would would be paid by Oregon residents in higher energy prices. The state would hand some of it back under various programs, but most of it won’t go to the people who had to pay.

This is not a climate bill, regardless of what the headlines say. In legislative testimony, Oregon’s contribution to worldwide greenhouse gas emissions was described as “minuscule,” and the effect of the Oregon proposal on climate was called “imperceptible.”

So it’s not about the climate. It’s about the money, and about increasing the power of state government to force people to change how they live. In resisting that kind of legislation, senators who lack the votes are right to employ any lawful means, including walking out. (hh)


43 responses to “Senate walkout: It’s not about climate”