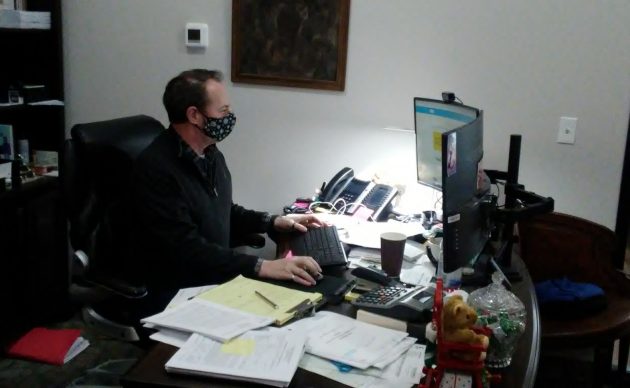 Jeff Blackford, executive director at C.H.A.N.C.E., works in his new office on Monday.

The regional recovery-assistance nonprofit known as C.H.A.N.C.E. has moved into its new Albany headquarters and has told its Facebook followers of “other big news” coming soon. And here it is.

Shortly after the first of the year, between Jan. 1 and the middle of February, the organization will take over the 140-bed homeless shelter run by the Signs of Victory Mission on the corner of Jackson Street and 11th Avenue.

That’s a big step for everyone involved and for Albany as a whole. City Manager Peter Troedsson referred to it in his Friday report to the city council on Dec. 4. And a formal announcement in the form of a joint press release from George Matland of Signs of Victory and Jeff Blackford of C.H.A.N.C.E. is expected in about a week.

While we’re waiting for that, I dropped in on Blackford Monday at his organization’s new headquarters, the completely remodeled former Pizza King restaurant at the corner of Third Avenue and Lyon Street  downtown.

The gist of what I learned:

The deal has been talked about or in the works since late 2019 as the result of a suggestion in the city’s Solutions Team, which includes several public agencies and Samaritan Health and works on solutions to the problems faced by Albany’s homeless people.

C.H.A.N.C.E. will form a second nonprofit organization to operate the homeless shelter and related services to be known, fittingly, as “Second Chance,” and the facilities on Jackson Street will become the Second Chance Shelter.

Various improvements are planned in the shelter’s services to try to help people out of the problems that made them homeless. With Samaritan’s help, there will be a “respite clinic.” Second Chance will build a third dormitory as well as a professional kitchen and a cafeteria.

To make it possible, C.H.A.N.C.E. raised $700,000 from public agencies and private sources in the last two months, Blackford told me.

As I said, this is a big deal all around. Why? Because C.H.A.N.C.E., which has branches in three counties from Sweet Home to the coast, also has plenty of experience in helping people turn their lives around and leave addiction and related problems behind. (hh) 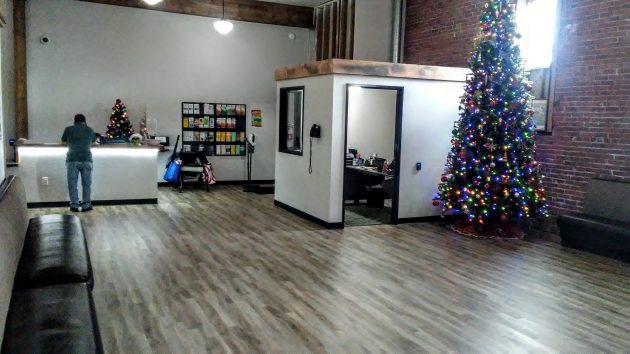 It’s the Christmas season in the new Albany offices of C.H.A.N.C.E. 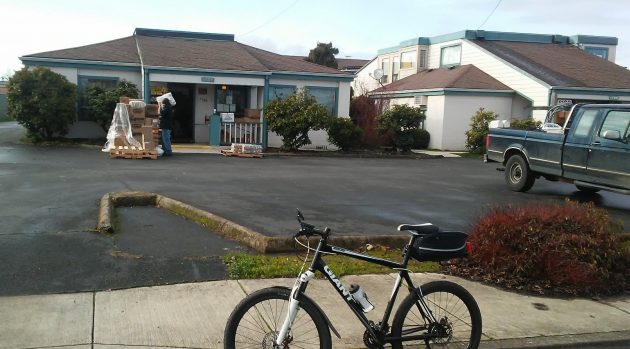 Unloading supplies Monday at the Signs of Victory shelter on Jackson Street.

17 responses to “Second Chance: A big deal for Albany homeless”