It’s been a while since I last checked, so here’s an update on the status of the level of the sea, which we’ve been told for years is rising because of man-caused climate change.

The news is that there isn’t any news. The level of the Pacific Ocean on the West Coast has been inching upward for tens of thousands of years. Eons ago, the First Americans were able to live on lands that now are hundreds of feet under water. So the rising sea level is old hat. But except for obvious seasonal and tidal changes, it’s so slow and gradual that it doesn’t affect us.

We’re supposed to worry about this because in 100 or 200 years, some population centers on low-lying coasts might be inundated. But those centers didn’t exist centuries ago. So if they have to move in centuries to come, what’s wrong with that? Change is the way of the world, and as long as humanity has time to adjust, there’s no reason to be alarmed.

Certainly the few people and their dogs wandering around the beach on a wet Sunday didn’t look like they were worried. They had the right idea. (hh 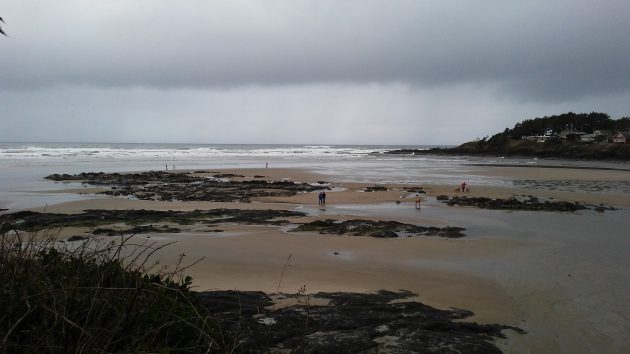