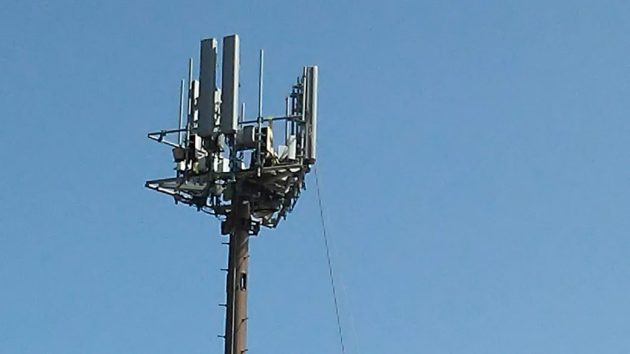 Rental income from new cell phone towers at Albany’s two high schools will pay off the cost of the artificial turf laid down on South’s football field in 2014.

When I looked at it last Wednesday, the new antenna overlooking the football field at South wasn’t quite finished. From the looks of it, the 12 light fixtures on the pole it replaced had yet to be reinstalled.

Last year, Greater Albany Public Schools and Verizon negotiated a contract for placing the two steel monopole cell towers, each one replacing a wooden light pole, one at the South football field and the other at the baseball field at West.

Work to build the pole at West will start when the one at South is completed. According to the city’s building permits, the construction of each one is valued at about $100,000.

The South pole is 80 feet tall, and the one at West will be 89 feet. Both are taller than the wooden masts they are replacing, and both will hold the lights that used to hang from the old poles. Verizon also is leasing patches of ground of about 200 square feet at each site to house equipment.

So what about the money?

Russ Allen, the GAPS business director, told me the rental payment for each tower is $18,600 a year, with an automatic annual increase of 2 percent. The agreements are for five years and will automatically renew for four additional five-year terms unless Verizon, three months before the annual anniversary date, provides notice to cancel. GAPS could cancel too, but only after 15 years, in recognition of Verizon’s expense in putting the towers up.

For calendar years 2018 and 2019, Allen says, the payments “will be used to pay off the loan taken out by the Rebel Athletic Foundation relating to the turf field at SAHS. Starting in calendar year 2020, the funds will accumulate in a fund to be used to offset future turf field costs.”

When it applied for conditional use permits to allow the towers at each school last year, Verizon said it needed them to improve cell phone service in the affected areas. Whether this works, Verizon customers will see when the antennas are turned on. (hh) 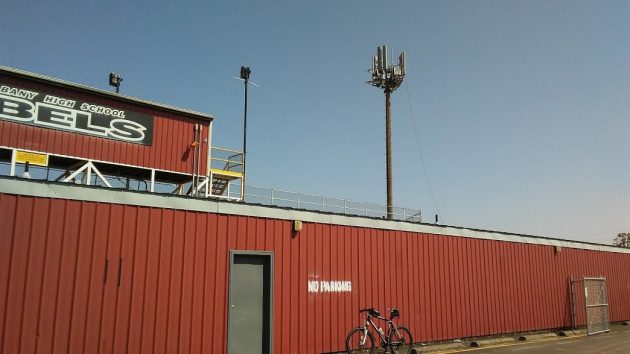 The South antenna as seen from the parking lot. The Rebels sign, left after a red one covering it was taken down, is to be removed by mid-August.


4 responses to “School cell towers will pay off turf”