School bond and the price of mocha? 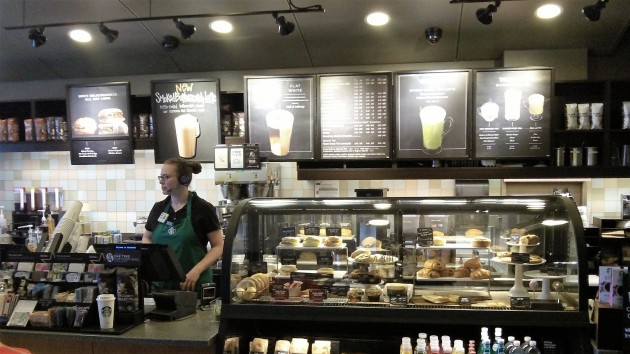 Researching the price of coffee at the Starbucks at North Albany Village.

An advisory committee last year worked up a plan for repairing, expanding or replacing buildings and related facilities in the Greater Albany Public Schools with a price tag of $117 million. In that connection, somebody in one of the committee discussions last fall mentioned the price of a Starbucks beverage, and that worries me a little.

The discussion that day was about the cost difference to the owners of a $200,000 home between $80 million and $100 million in bonds . According to a summary of the committee workshop, the bigger amount would cost that family $7 a month more than the smaller one. And that, the summary says, equals “1 Starbucks mocha.”

I’m not a Starbucks regular, and I marveled that a coffee order could cost that much. So I went and checked and yes, it’s possible. If you get a certain size of coffee and load it up with all possible extras, I was told you’d pay $6.85. Pretty close.

The thing is, I believe there are plenty of Albany property taxpayers to whom paying seven bucks for a morning coffee sounds insane, as it does to me. And I hope that the Starbucks comparison in the summary of one workshop table’s recommendation does not carry forward when the school board makes a final decision on how much to request, and when. (The choice is this fall or May 2017.)

You can take a look at the facilities plan sent to the school board last month. It’s available on the GAPS website, http://www.albany.k12.or.us/.

The plan calls for a $46 million package of basic stuff like wiring, roofing, paint, fire systems, technology and so forth. Added to that would be, as a second priority, replacing Clover Ridge and Oak Grove elementary schools with bigger ones at a cost of $45 million.

Then there’s the third priority: Replacing a wing at West Albany High School and completing a “culinary classroom at South, totaling some $13.4 million.

Whatever is requested by the board would, if approved by voters, replace a $55 million bond issue passed in 2006, which paid for even more basic upgrades (boilers, for example), built Timber Ridge School for $22 million, and will be paid off this fiscal year.

Running and modernizing a system of 21 schools with 9,000 students does not come cheap, obviously. The question is always how much taxpayers can afford, especially those whose coffee habit doesn’t cost seven bucks a cup. (hh) 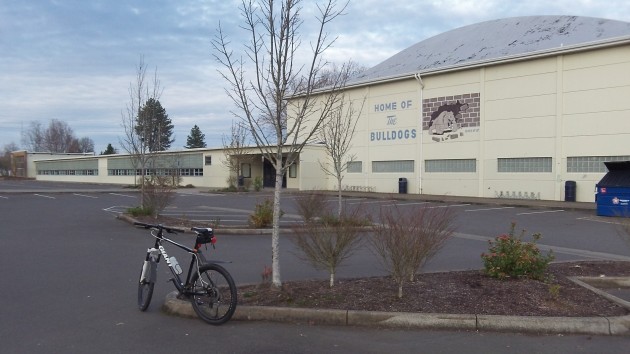 The plan calls for a new wing of classrooms at West Albany High, among many other things.


10 responses to “School bond and the price of mocha?”