Saving Nauru? Or we could try… 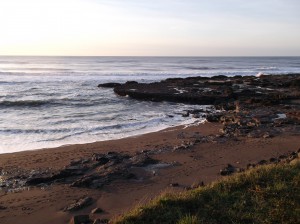 On the other side of the Pacific Ocean from this Oregon coastline, and in the southern hemisphere, lies Nauru. an island nation where sea level rise might be a problem if it gets out of hand.

Reporting from Doha in Qatar, where the latest U.N. conference on global warming just ended, the Reuters news agency quoted the foreign minister of Nauru. “Much more is needed if we are to save this process from being simply a process for the sake of process…,” the foreign minister said, “a process that locks in the death of our nations, our people and our children.” It was a dramatic complaint about the fact that the conference failed to agree on anything substantive in regard to cutting down emissions of CO2 and other gases that may or may not increase the average temperature in parts of the world.

The official quoted in that story was from a nation I had never heard of, Nauru, so I looked it up. The name refers to a tiny island in the South Pacific, several hundred miles from Australia. The place measures 8 square miles and has, at last count, between 10,000 and 12,000 inhabitants. It is, essentially, a limestone rock in the middle of the ocean that used to be covered by guano, the accumulated dung of seabirds. That led to a big mining operation of phosphate on the island, which now has pretty much played itself out, leaving a landscape of jagged limestone pillars and cliffs, mostly devoid of animals or plants. The island became a nation after regaining its independence. The central plateau of the island reaches an elevation of about 70 meters, but the people are worried that a rise in sea level of several feet — which the global warming alarmists foresee by the end of the century — would swamp their small coastal area.

Here’s what I’m wondering: Even if global warming raises the sea level and threatens that little island, would it not make more sense to pay to relocate the small population there rather than impose higher costs and burdensome greenhouse gas rules on billions of people in the entire industrialized world? (hh)