Santiam Canal: The problem of the current 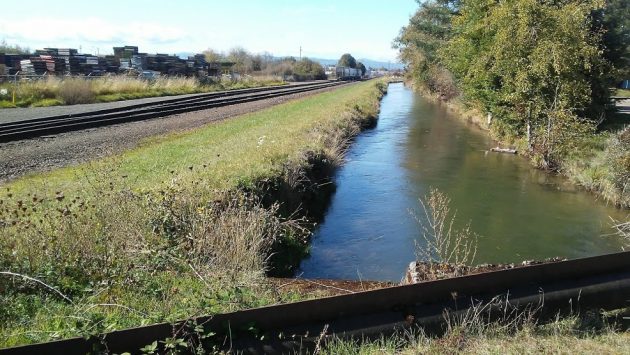 This open stretch of the Santiam Canal west of Marion Street looks inviting, but it’s not.

Readers of this site may be aware of my fascination with the Albany-Santiam Canal. The other day I wondered whether in some segments this waterway might be suitable for a little boating, and upon reflection the answer is no, it’s not.

South of 34th Avenue and both east and west of Marion Street, the canal seems relatively open and unobstructed by bushes and trees on the banks. So you’d think one might be able to drop a canoe or kayak in there and paddle up and down.

Probably not, though. For one thing, it’s apparently not allowed. There’s a no-trespassing sign south of 34th.

For another, there’s the current. You could go downstream all right, and the culvert under Marion Street loooks big enough to let you through — unless there are some utility pipes in there that you can’t see from the bank.

This should be no surprise. Remember that according to its history, the canal was built to take grain down to the Willamette.  That worked until they tried to pull the barges back upstream. The current proved too much.

If even teams of draft horses were not strong enough, mere human paddlers are bound to fail. Good thing too. Otherwise people would try it and the city might feel compelled to fence more segments of the canal the way it has long been fenced downtown. (hh) 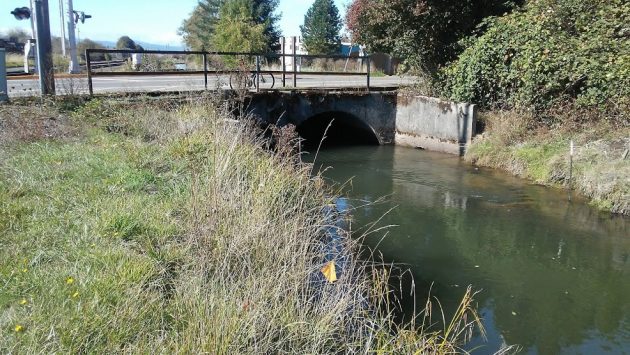 A culvert takes the canal underneath Marion Street. 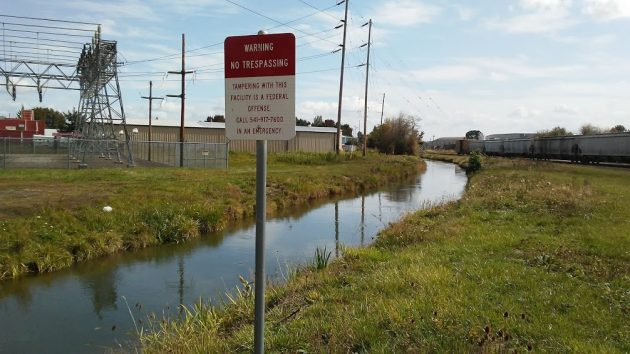 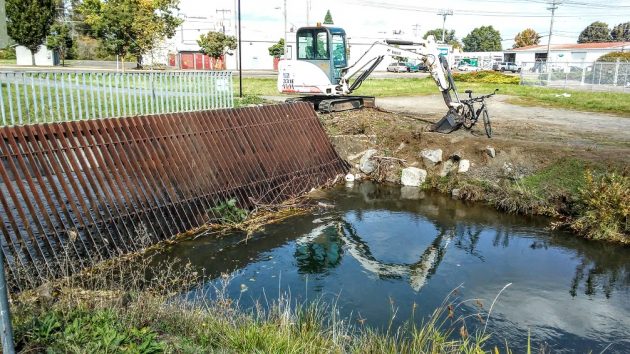 This grate near 34th stops all kinds of stuff floating downstream, including a soccer ball.

10 responses to “Santiam Canal: The problem of the current”