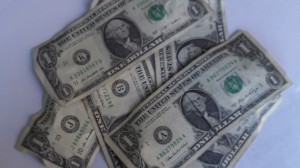 If Oregon voters are ever going to approve a sales tax, two conditions have to be met. It has to be simple, and it has to replace one of the other big taxes we have, either the income tax or the property tax. The proposal discussed by the state Senate tax committee on April 15 — a fitting date — meets neither of those conditions.

It would take effect only if voters approve it, and it might be placed on the ballot in 2014 or ’16. But take a look at the proposal as it stands so far. Its complexities are spelled out in the 75 pages of Senate Bill 824.

The income tax would be lowered but not repealed. Filing the state return would become more complicated so that lower-income people could claim a credit to partially reimburse them for paying sales tax.

The property tax would exempt the first $50,000 of assessed value of homes occupied by their owners. The burden of annual bills remains, and establishing that a place is owner-occupied makes the system even more cumbersome for tax collectors.

The sales tax, originally 5 percent on goods and services, could not be raised without an election. But in 2009 we saw how the coalition of Democrats in the legislature and public employee unions was able to push through a tax hike in the depths if an economic depression. When the public sector wants more money, the election requirement would be only a weak guarantee against the tax rate going up. (hh)

Jon Mangis responded on April 16: Your message is right on.  With a history of failure when presented to the electorate, it always amazes me that “those thinkers”  don’t think. Oregonians are not going to vote for a sales tax unless they see an equal reduction in income or property taxes. It is
always asking for more when in fact Oregon seems to have done satisfactory during the recession with less revenue. They seem to do better if required to come up for a special freeway lane for Burdick or flushing toilets….no wait. Perhaps if they were to pull their collective heads from their behinds more flushing will be needed.  Taxes and death….  said before.