Safety? How did we survive? 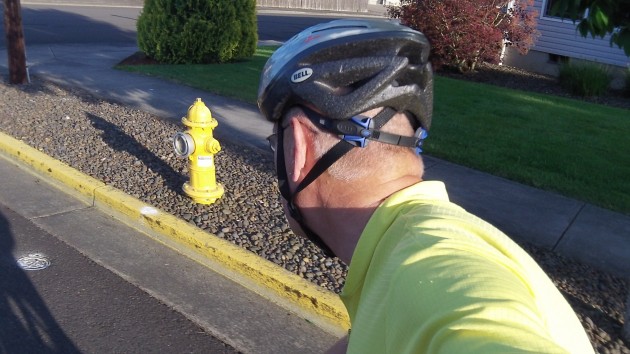 We all know that times change and that except in dentistry, civil rights and a few other fields they rarely change for the better. We know this, and yet it’s good to be reminded now and then. How about, for instance, childhood adventures and relative safety?

In the Sunday paper, a syndicated columnist named Steve Batie remembered some of the things he did as a boy in the 1950s. That’s about the time I too was a boy, so what he wrote struck a chord. He remembered routinely ignoring his elders’ advice not to do this or that because “you’ll hurt, burn or cut yourself.” So what did he do? “I climbed trees, pounded nails, made gunpowder (and the cannon to load it into), hunted other children with BB guns and played on construction sites,” Batie remembers. But he never cut himself because his Scout knife, he implies, was too dull or clumsy to use.

We didn’t have Scout knives in post-war Berlin, but we had other stuff to amuse ourselves with. We had Bowie-type knives, for some reason, and the thing to do was to drop them a few inches on our thighs, flex our quads just right and thus make the blades bounce off without breaking the skin. It worked — once you got the hang of it. (Maybe our knives were about as pointed as Batie’s was sharp). And we usually wore knee pants, so there was no garment damage that would have raised eyebrows at home.

I don’t remember making gunpowder, though I heard from my grandparents that my father and his brothers had done so and had occasionally blown up a pond near their village. What we had instead, in the city, was what I now think was cordite, or at least some component of spent explosives. Some of the older boys occasionally found bits of it while exploring the ruins of the bombed-out apartment buildings and a movie studio in our neighborhood. You could light this stuff. The effects were fun to watch, and I remember the smell.

We didn’t have BB guns either. All we had was cap guns where nothing came out except noise and a bit of smoke. But we did the best we could in the shooting department with home-made slingshots and rudimentary bows and arrows. None of that seemed to concern any of the adults around us, if they noticed it at all, which I doubt.

The one and only time we got into trouble —  I remember our mothers talking to us sternly after the potential victim’s mother complained — was when we tied a brave from an opposing band of Indians to a tree and made as if to light a fire under his feet, the sort of thing we had read about in books.

But, as I say, times change. Some 65 years later, we are old men and wear helmets while going for a bike ride. Even children, closely observed by watchful parents, wobble along with head protection while riding tricycles and scooters on Albany sidewalks. And as a flurry of media stories mentioned in the last few days, the Boy Scouts have a rule that squirt guns must be pointed only at targets, never at people, and, oh yes, safety goggles must be worn. (hh)


7 responses to “Safety? How did we survive?”