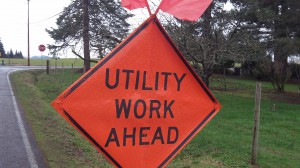 More jobs in Oregon’s rural area would be nice, wouldn’t they?

When the Oregon legislature approved a special deal for Nike and possibly other job-creating companies last month, it threw a bone  to rural areas in the state. But it doesn’t look as though it means anything, at least in the case of Nike. In the one-day special session on Dec. 14, lawmakers approved a bill allowing the governor to make contracts promising that Oregon will make no change in the tax policy on corporate excise taxes for a company that will invest at least $150 million and, within five years, create 500 additional jobs in Oregon. These contracts promising no tax change can last any number of years. The bill says the duration of each contract of this kind should be determined based on factors including the number of jobs to be created, how much the jobs pay, what other incentives the company receives, “and the extent to which the qualifying investment will create employment opportunities in rural Oregon.” Governor Kitzhaber since then has signed a contract with Nike saying the method of calculating its Oregon income tax will not change for 30 years — thirty years! So you’d think that maybe the creation of jobs in rural Oregon would have been one of the factors that prompted such an extraordinarily long contract. But then, the Portland   Oregonian reported on Jan. 11 that Nike was considering two or three sites for the promised expansion that caused the legislature to approve this bill in the first place. The sites were close to the Nike campus in Beaverton and near downtown Portland. Rural jobs? Apparently not. Evidently, the language in that bill was just window dressing. It doesn’t seem to mean anything at all. (hh)