Riverside trash would be a federal offense 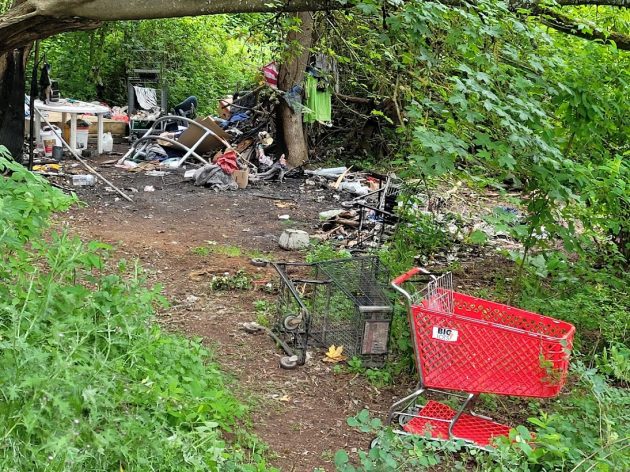 Along Cox Creek, a tributary to the Willamette, trash from a fire-damaged camp remained on June 3.

Riverkeeper has conducted many volunteer cleanups along the Willamette over the past decade. This has helped but not solved the pollution problem, the group said.

“Further, during this time, there has been a massive rise in people experiencing houselessness that are living and camping along the river, its tributaries and local creeks,” Riverkeeper said. “Too often a camp is vacated, leaving items behind, which are then to be swept downstream when the water rises.”

The group wants the state to develop “standards for trash along the riverside, major tributaries and creeks.”

“A clear standard of zero trash, or something close, puts the responsibility on the landowner that is creating the source of the trash,” Riverkeeper Executive Director Travis Williams said. “Then, the state of Oregon would in essence create the necessary accountability to truly address this problem. Not taking action would be a violation of the Clean Water Act.”

The problem, of course, is that it’s not the riverside landowners creating the trash and debris left over from homeless camps. The waste is left by people trespassing on private land or violating no-camping laws on public land.

If city or county parks departments, or private landowners, could prevent riverside camping, they would have done so long ago.

The Clean Water Act empowers groups like Riverkeeper to sue for violations. Just last March, Riverkeeper won a $250,000 settlement in a suit it had filed against the city of Albany.

If the group’s petition for state regulation under the Clean Water Act succeeds, maybe Riverkeeper could then win settlements from the unfortunate owners of sites which vagrants had trashed. (hh) 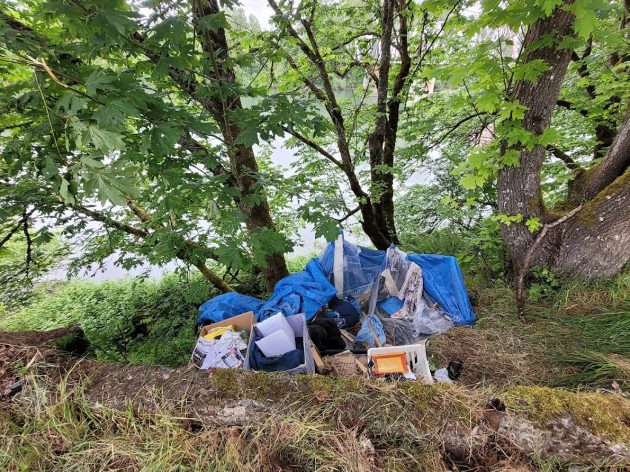 A camp site, seen Friday, high above the Willamette River at Albany


14 responses to “Riverside trash would be a federal offense”