Riverfront path gets a short fence for safety 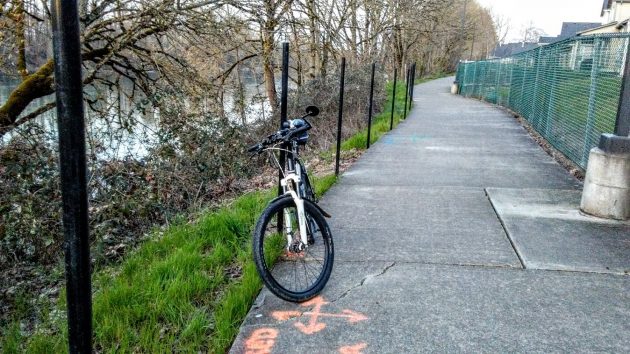 By Tuesday evening, nine fence posts had appeared by the side of the Clark Path.

A short section of Albany’s riverfront Dave Clark Park is getting a new fence to keep people, especially kids, from tumbling down the bank.

I noticed nine newly installed fence posts, set in concrete footings, for the first time Tuesday night. And as usual, when I asked, Rick Barnett of the Albany Parks and Recreation Department promptly explained what I had seen.

(How promptly? Well, I emailed him late on Tuesday night. The reply arrived at 6:07 a.m.)

“The path slopes slightly towards the river and we were concerned that we would lose a kid on a bike or something off the edge,” Barnett wrote. “We are having University Fence put up 78 feet of 4-foot-tall chain link fencing at a cost of $2,340.”

Anybody going over the edge of the path there, opposite the townhouses at Edgewater Village, likely would be trapped in a thicket of blackberry brambles.

So at the very least, that new low fencing might save somebody from a bunch of painful cuts. (hh) 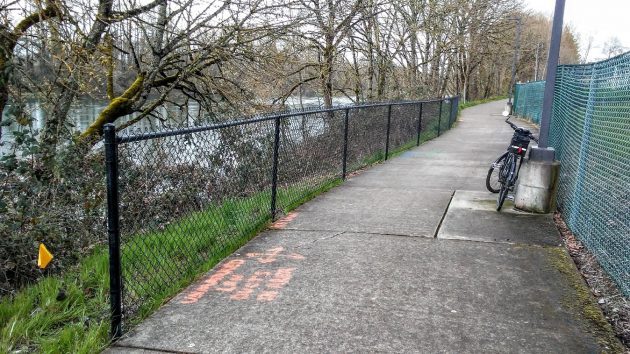 And here’s the finished job as it looked on Thursday afternoon, March 25.


2 responses to “Riverfront path gets a short fence for safety”