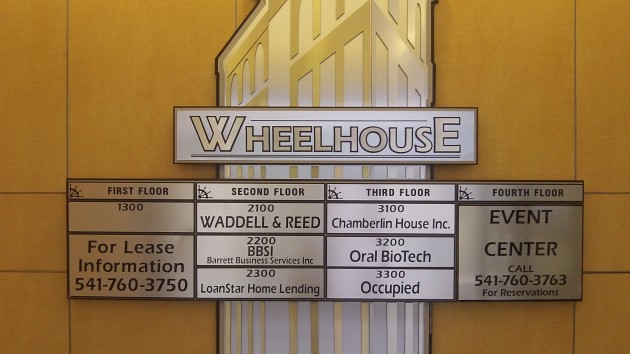 The office directory on the back wall of the Wheelhouse lobby.

On the riverfront beat, there’s an encouraging update from the Wheelhouse, which became an instant landmark on the Willamette River when it was completed in 2010. Much of the four-story building sat vacant in the years since then, but now it is filling up.

Janet M. Johnson, the wife of building developer Dave Johnson, reports there are three tenants on the second floor and two on the third. The fourth floor, long used for meetings and special events, will be remodeled for offices in February. Janet says she’ll let me know when tenants for the remodeled space have signed on.

The ground floor, though still being advertised as a possible site for a restaurant, has been turned into an event center to replace the one upstairs. And it’s getting fairly steady use, judging from the people I see milling about on my frequent rides past the place.

Built at a reported cost of about $7 million, the Wheelhouse is the most stunning building on Albany’s riverfront. Consider it a signal of economic revival up and down the river that this courageous private investment is gradually filling up. (hh) 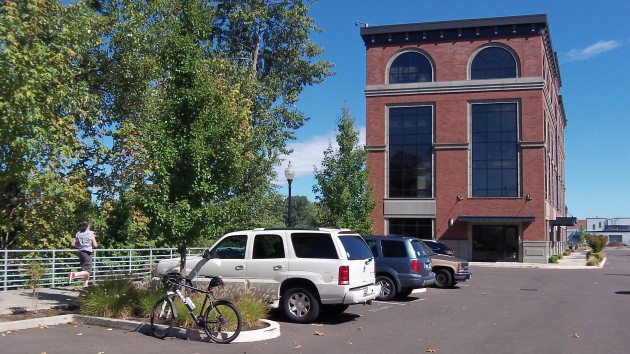 The Wheelhouse in the September sunshine on Monday.