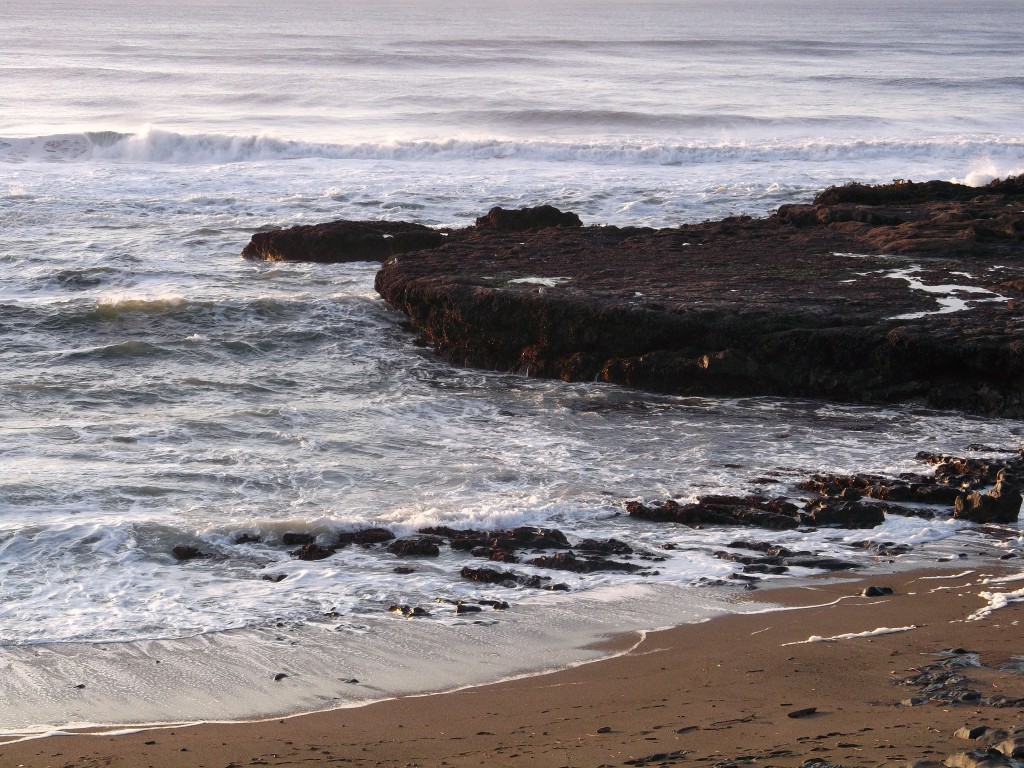 This rock formation on the Oregon coast has looked the same for 20 years, nearly swamped when the tide is in and like this when it’s not.

We are supposed to be worried about the rise in sea levels brought on by global warming. But should we be — worried, that is? How much of a threat is that in reality?

Most of the scientists writing about this say the oceans are rising because the great ice sheets on land continue melting, as they have since the last ice age, and that climate change is accelerating the process. So should we start planning to evacuate towns along the coast? Shift houses and farms and commercial buildings to higher ground? If it was up to me, I would wait a while. I would wait until the effect is visible with the naked eye.

Some studies suggest that the level of the ocean along the Oregon coast could rise about 2 feet by 2050, and more by the end of this century. But there’s a chance it could also drop a fraction of an inch in the near future.

Looking for some concrete data, I checked the tide tables for Newport for the first six months of this year and compared them with the first six months of 2001. I noted the high tides during each month, both the lowest high and the highest high of the month. Then I averaged all the data points for this year with those 11 years ago. Assuming tide tables were accurate, there was no increase in the average high tide at all. It was 8.12 feet in 2001, and 8.11 feet this year.

That’s a primitive way of looking at it, I know. But it’s in line with how we experience the real world. We act on what we see. If the ocean at high tide is not getting noticeably higher, the Oregon coast is in no greater danger of being swamped than it’s been in recent years. (hh)