Repealing time change may save lives 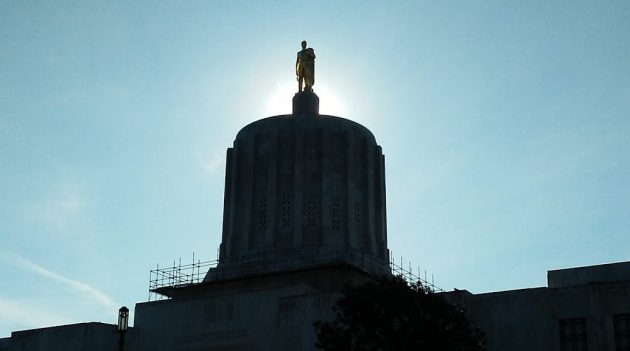 A question of daylight at the Capitol: Bill on time change is on a Senate committee’s agenda.

For the umpteenth time, we’re losing an hour with the time change come Sunday. And right on cue ODOT is warning us of the potentially fatal effects of drowsy driving that the change might cause.

Daylight saving time starts at 2 a.m. Sunday, March 10. In a press release, ODOT says changes in sleep patterns induced by the change can result in drivers being drowsy. “And that can be fatal for anyone out using the transportation system, whether in a car, on foot, riding or rolling.” (Rolling? Are they talking about scooters?)

First suggested in a satire by Benjamin Franklin in 1784 when he was in France — he calculated how many pounds of candle wax Parisians could save if they set their clocks ahead during the summer — daylight saving time has been started and stopped again several times in various places over the last century. Europe is now trying to to get rid of it in response to a poll showing that 80 percent of respondents hated the back and forth with the clocks twice a year.

In Oregon, as reported here on Jan. 17, legislators introduced three bills on the subject this year. There’s also a pending resolution urging Congress to allow the state to stay on daylight saving time all year.

One of the bills is scheduled for a hearing and possible action in the Senate Business and General Government Committee on March 12. This is SB 320, which would have Oregon stay on daylight saving time all year long if the voters say so in the next general election. That would be in November 2020, and if voters agree, we would then stay on daylight time starting in November 2021.

We’ve lived with this increasingly pointless clock-changing exercise for a long time, so we can probably stand it a couple more years. As long as nobody dies. (hh)


17 responses to “Repealing time change may save lives”