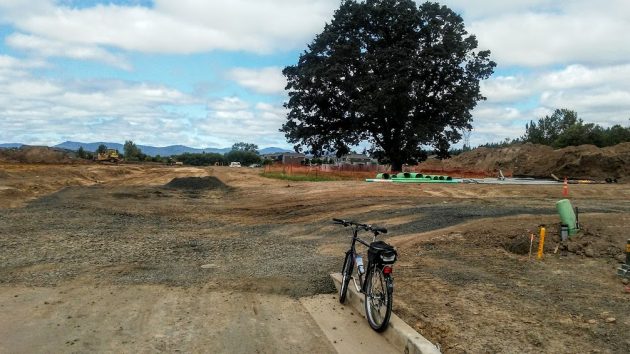 Looking west past one of the two white oaks being saved at the Pheasant Run subdivision in North Albany.

It was a little over two years ago that the controversial Pheasant Run subdivision in North Albany was last in the news. On a neighborhood bike jaunt this week, I went to see how it was coming along.

Some of the streets have been paved, making a bike tour possible as long as I stayed clear of dump trucks and other heavy equipment. Toward the west side of the development, the streets are not yet paved and are still being scraped out of the soil.

Hayden Homes, based in Redmond, is building houses in this subdivision of 147 lots. The city approved the development over the opposition of North Albany residents who spoke at public hearings before the planning commission and then the city council.

The planning commission voted 4-3 on March 19, 2018, to reject the subdivision plans. That May, however, the city council voted 5-1 to overturn the commission and approve the plans. The council had little choice after being told by staff and lawyers that the development met all the requirements of the city code.

One issue was old trees on the 35 acres of the 48-acre tract being developed. (The rest was to be left undisturbed as wetlands.) The developers agreed to save two giant Oregon white oaks while cutting down six others.

Another issue was traffic. In response to lots of new housing off Crocker Lane and elsewhere, the city approved a traffic signal at Crocker and Gibson Hill. Under a $610,000 city contract, Emery & Son of Salem is building the light now. 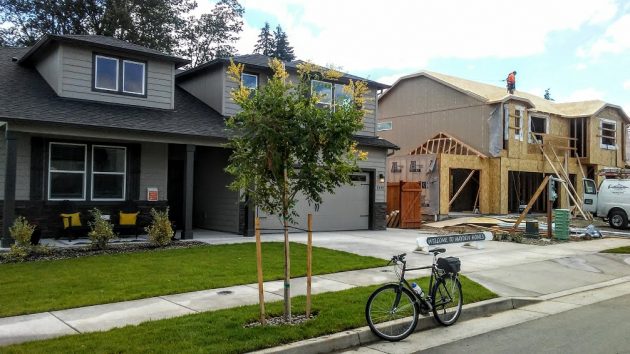 In Pheasant Run this week, on July 23, one house near the entrance off Crocker Lane looked finished. Complete with landscaping, it serves as a sales office. It was closed that day, but I picked up a brochure.

Several houses were in various stages of completion. Elsewhere, signs indicated that lots had been sold even though they were still vacant. 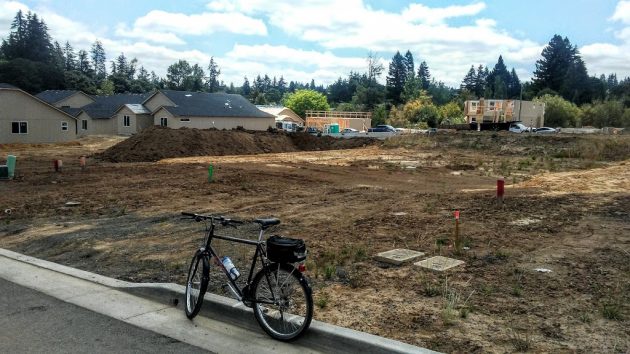 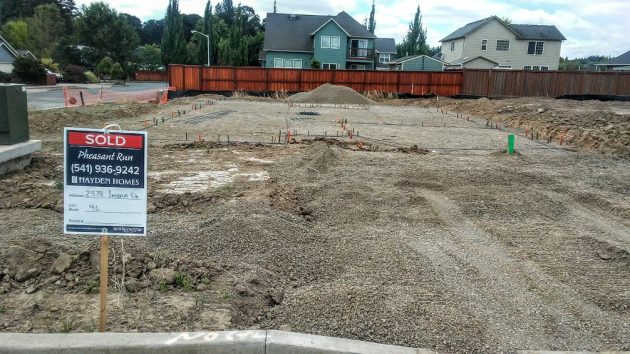 One of the lots shown as sold is on Imperial Drive. Glad to see that the developer was not unduly concerned with wokeness when it came to naming streets. (hh)