Rebuilding of Hill Street coming up 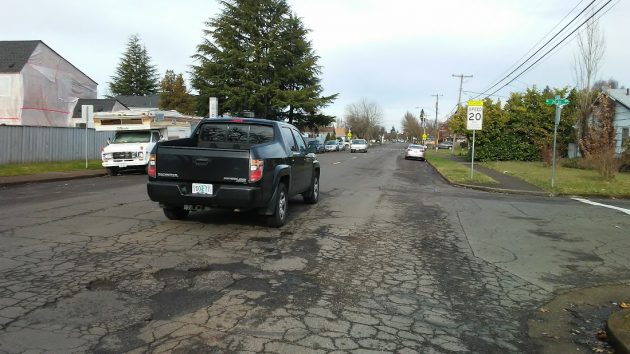 On Facebook and in real life, people in South Albany have been clamoring for the city to fix up the rough pavement on Hill Street, or wondering when this would finally be done. The answer is pretty soon, namely this year and probably next.

I checked with Jeff Blaine, who oversees public works engineering as well as community development for the city. “Hill Street (from) Queen to 24th is currently in design and should go to bid within the next month,” he told me by email.

The city’s Capital Improvement Plan lists the street cost of this segment as $2.7 million, to be paid from capital funds and systems development charges. Sewer work to be done at the same time will bring the total estimated cost of this segment to $4.5 million. Blaine says, though, that construction costs have risen over the last year or so and the original estimates in the capital plan may be outdated. The city will have a new estimate before the project is put out to bid.

There won’t be anything like a local improvement district, so property owners don’t have to worry about being on the hook.

The section of Hill Street from 24th south to 34th Avenue is shown in the CIP to be done the following year. But that could change. “We just started planning for next fiscal year and are working on the CIP,” Blaine wrote. “Once we get through that process with Council, we will know with more certainty the schedule for 24th to 34th.”

The plan has a cost estimate of nearly $3.5 million for the segment from 24th to 34th, not including water line work also to be done.

The plan says existing pavement along the 18 blocks from Queen to 34th is “heavily deteriorated” because of its age, though it doesn’t say how old it is. In addition to reconstructing the street, the plan calls for widening it to accommodate two travel lanes, on-street parking and bike lanes on both sides of the street. (hh) 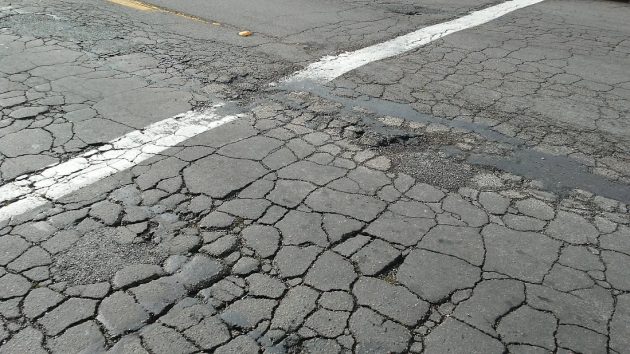 
4 responses to “Rebuilding of Hill Street coming up”