Ready for an Albany gas tax? 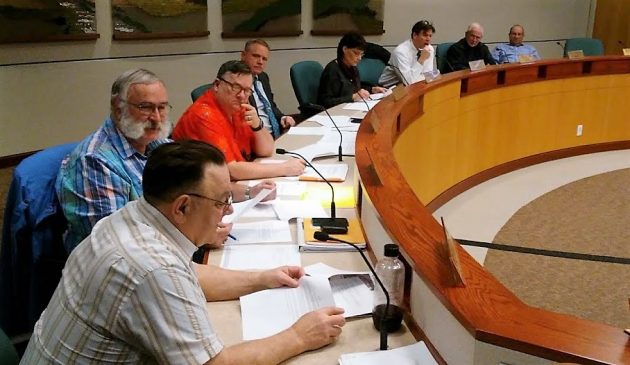 The city council is working on a plan for a 5-cent/gallon local gas tax that would have motorists pay an estimated million-plus dollars a year more at Albany stations than they otherwise would. The money would go for street repairs, and voters are to get their say in May.

On Wednesday night the council, minus Bessie Johnson, worked on the text of a resolution calling the election for the primary on May 15. To beat the filing deadline, they plan to vote on the resolution at a special meeting next Wednesday, Feb. 21.

Councilor Rich Kellum voted against going ahead at a work session Monday. On Wednesday, he said it’s wrong to submit the measure in May, when fewer people vote, rather than in the general election in November.

Mike Sykes voiced doubts about a local gas tax as the best way to raise street money, saying it’s like “shooting BB’s at an elephant.” The city has a backlog of street repairs of $20-$30 million, and the 5-cent/gallon gas tax has been estimated to yield $1.25 million a year. Sykes preferred a bond issue instead.

Mayor Sharon Konopa wants to make clear that the money would go to fixing up “local” or residential streets. And the measure will likely include language to that effect.

Questions the council debated Wednesday included: Would the tax apply to only gas and diesel fuel or to other motor fuels as well? Would the state charge a fee for collecting the tax from Albany retailers and then sending it to the city? Should there be a special fund to account for the local gas tax revenue?

In the last 30 years or so, Albany voters have twice turned down a local gas tax. It’s not at all clear why the council expects — if it does — a different outcome now. (hh)


19 responses to “Ready for an Albany gas tax?”