Rain and the cost of compliance 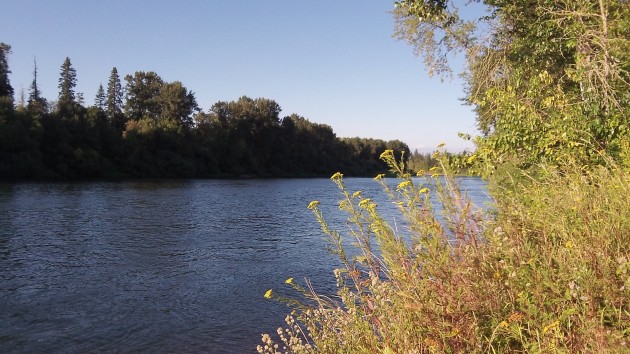 The Willamette near Albany: How much will new rules help the river?

Barring an appeal to the Land Use Board of Appeals, Albany’s program of keeping rainwater from new developments from reaching the Willamette River will start in 2015. It will come with significant new costs, and while the program makes sense as a concept, the people paying the bill might be happier if the benefits were as clear as the cost.

Three council members might be happier too. Rich Kellum, Bill Coburn and Jessie Johnson voted no. Mayor Sharon Konopa broke the 3-3 council tie and voted yes, saying the program will be great for Albany. Maybe, but the actual benefits in terms of pollution reduction are likely to be too small to notice, largely because the Willamette River runs brown with mud after every heavy winter rain.

Starting Jan. 1, developers building on more than one acre in Albany will have to construct stormwater containment and disposal facilities depending on the percentage of impermeable surface such as parking lots, streets and rooftops. Jeff Blaine of Public Works told the council the additional construction costs may be in the neighborhood of $3,000 per lot of a residential subdivision and $18,000 for a one-acre commercial development that builds on or paves 85 percent of the site.

Now, the city went through a long public process to come up with this program, and some time during that process, the cost-versus-benefit question may have come up. But the council didn’t ask about it before Wednesday’s vote. The city staff cited state and federal clean-water regulations as the reasons why Albany has to have something like this, and they say that the program is designed to be the minimum needed to reach compliance.

That too, council members might have wanted to ask more about. Under the TMDL anti-pollution (“Total Maximum Daily Load”) regime governing the Willamette Basin, the state is trying to reduce bacteria and mercury in the river and lower the water temperature during fish migration periods. Theoretical models may show how a collection of rain gardens and bioswales can affect those parameters. But it’s hard to believe that the effect is significant if you look at the river’s mud-laden flow after weeks of rain in February.

What we have, then, is a new set of rules that may or may not do much good. The main thing the rules will do is cost builders and homebuyers in new subdivisions more money and allow the city to tell regulators that “Hey look, we comply.” (hh)


5 responses to “Rain and the cost of compliance”